By CornerNewsUpdate (self media writer) | 17 days ago

A London based Ghanaian broadcast journalist known as Dr. Ren has expressed his disappointment in the King of the Ashanti Kingdom- His Royal Majesty Otumfuo Nana Osei Tutu II following Nana Addo’s recent visit to the palace. 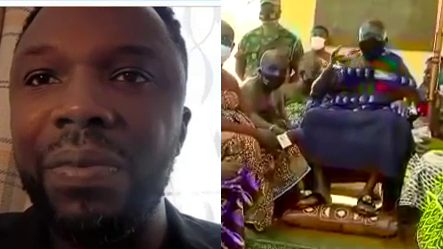 Dr. Ren, who is also a social media activist, has said that, he is disappointed, in Otumfuo for not being bold to blame president Nana Addo for neglecting Ashanti Region in terms of development.

In his 4-day working visit to the Ashanti Region (starting from Friday, October 1 2021), President Akufo-Addo paid a courtesy call on the Asantehene at his Palace at Manhyia. The visit; according the president, is to show his gratitude to the Asantehene and the Asanteman for their support to the New Patriotic Party (NPP) during the 2020 elections.

President Nana Addo during his visit told the Asantehene that, “There are many ongoing projects. We can all attest to the fact that Kumasi and Asanteman have not witnessed such massive road infrastructural projects in our political history. Other projects like the 1D1F, the ongoing Kumasi Airport construction which is 77% complete and by June next year, it will be completed after which its international status will be achieved''. 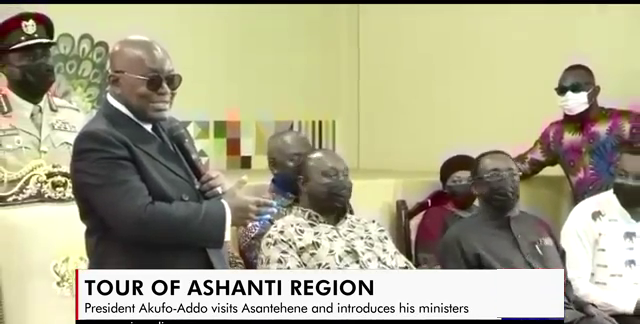 This statement made by the president in front of Otumfuo sparked the anger of Dr. Ren, who stated that…there have not been developments in the Ashanti Region under Nana Addo, but the Asantehene has failed to complain to the president about it.

According to Dr. Ren, His Royal Majesty Otumfuo Nana Osei Tutu II should learn to be bold as the king of the land and condemn the leaders if things go wrong, and not to sit and tolerate the lies from them.

Dr. Ren, added that, because President Nana Addo knew clearly, that he has failed the Ashanti Region, when he was introducing his ministers to the Asantehene, he was playing smart… by cracking jokes; and the Asantehene was also busy laughing at his jokes. 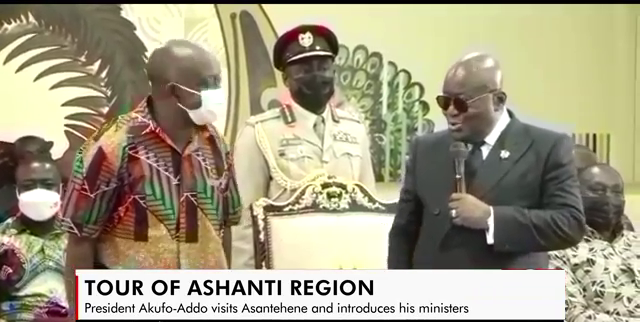 According to Ren, Nana did the introductions all by himself to outsmart the Asantehene; and to make him know… that he (Nana Addo) has appointed many Ashantis into his government, and also to make the Otumfuo believe that, if there were no development in the Ashanti Region…or if there are blames from the Asanteman on his government, his Ashante ministers are to be hold responsible.

He added that, when Akuffo Addo was playing his tricks, the Asantehene Otumfuo Nana Osei Tutu II was laughing; forgetting that there are no developments in his Kingdom. 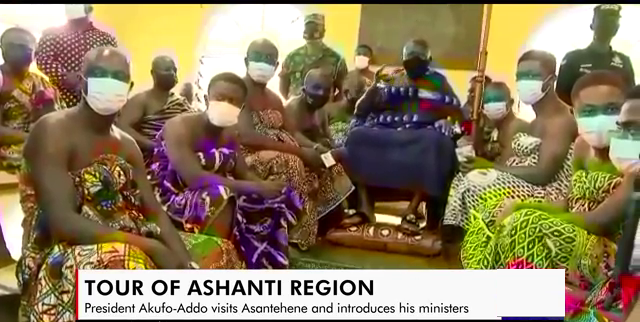 Dr. Ren again stated that, Ghana needs men and women who will be bold and fearless, and so advises the Asantehene to be bold, and speak the truth…he must be bold to face the leaders of this country when they failed the people.

Do you think the Asantehene is afraid of President Nana Akuffo Addo, so much; that he cannot voice out when he goes wrong?

Remember to follow this page to be the first to receive upcoming updates from around the world.