Can This Happen To Akufo-Addo?: Ghanaians React As Alpha Condè Sadly Watched Mamady’s Swearing In

By DBright (self media writer) | 19 days ago 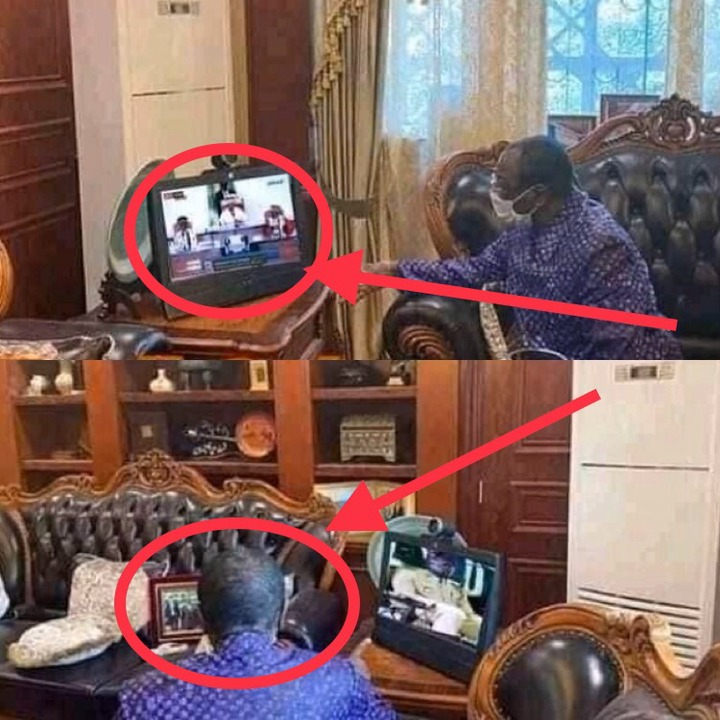 The recent circulating photo that has sparked massive stir, debates and arguments across all social media platforms is that of the former Guinea President, Alpha Condè who was recently overthrown by a military force led by Colonel Mamady Doumbouya.

According to recent reports, the ‘coup’ President was recently sworn in as the newly President elect of Guinea as his wife, mother, government officials and other family members graced the occasion to make it a successful one.

Below is a look at some photos of Alpha Condè sadly watching the swearing in of President Colonel Manady Doumbouya.

Upon the above photos of the former President of Guinea, Alpha Condè watching the swearing in of the newly elected coup President, Colonel Mamady Doumbouya popped, lots of individuals took the privilege to express immense thoughts and opinions on the alarming issue.

Below is a look at some of the comments that came through as individuals shared their respective concerns and opinions over Alpha Cobdè reaction to the swearing in of colonel Mamady Doumbouya as the newly elected Guinean President. 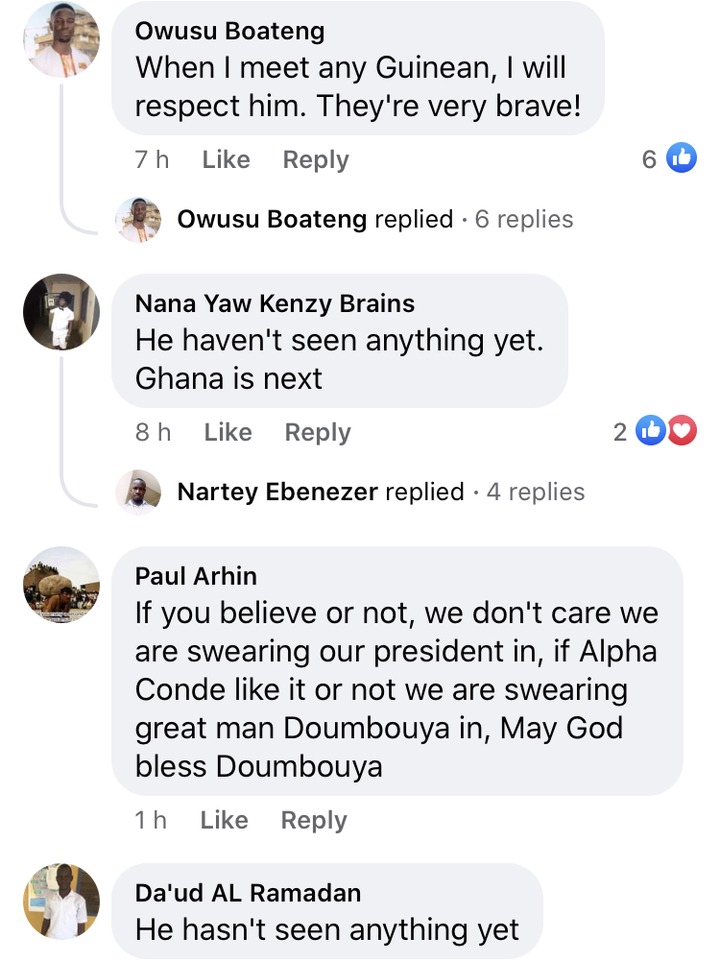 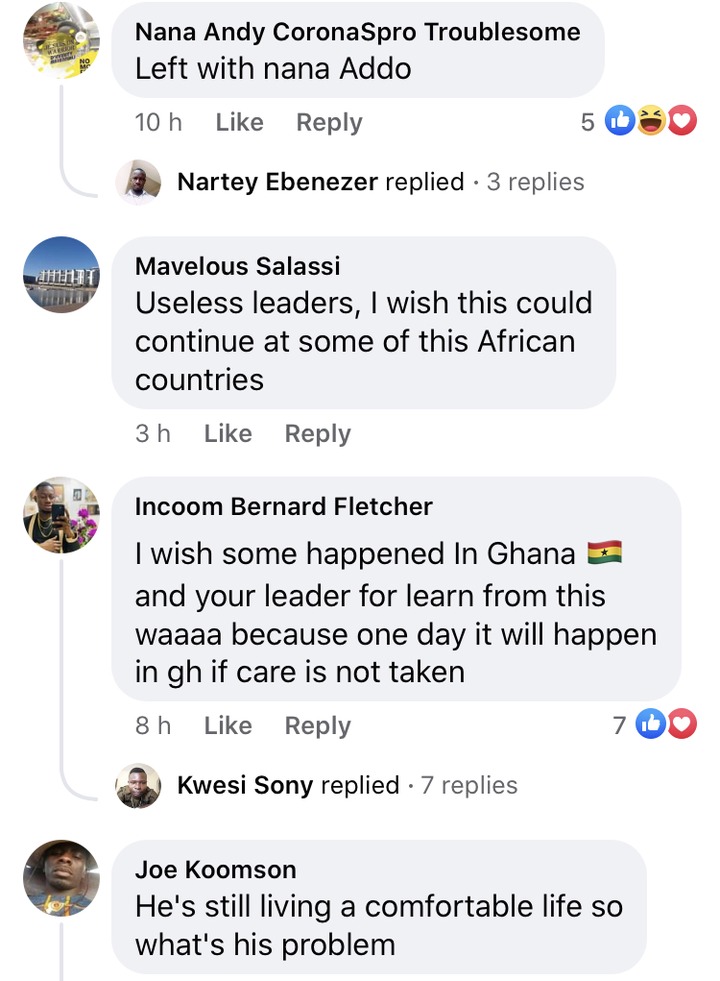 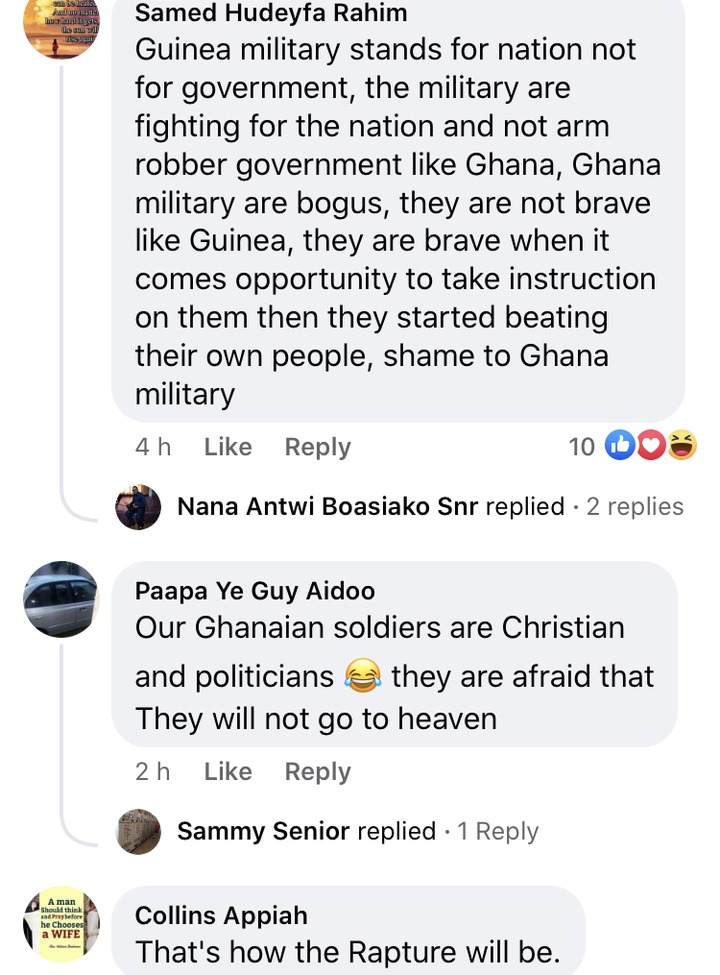 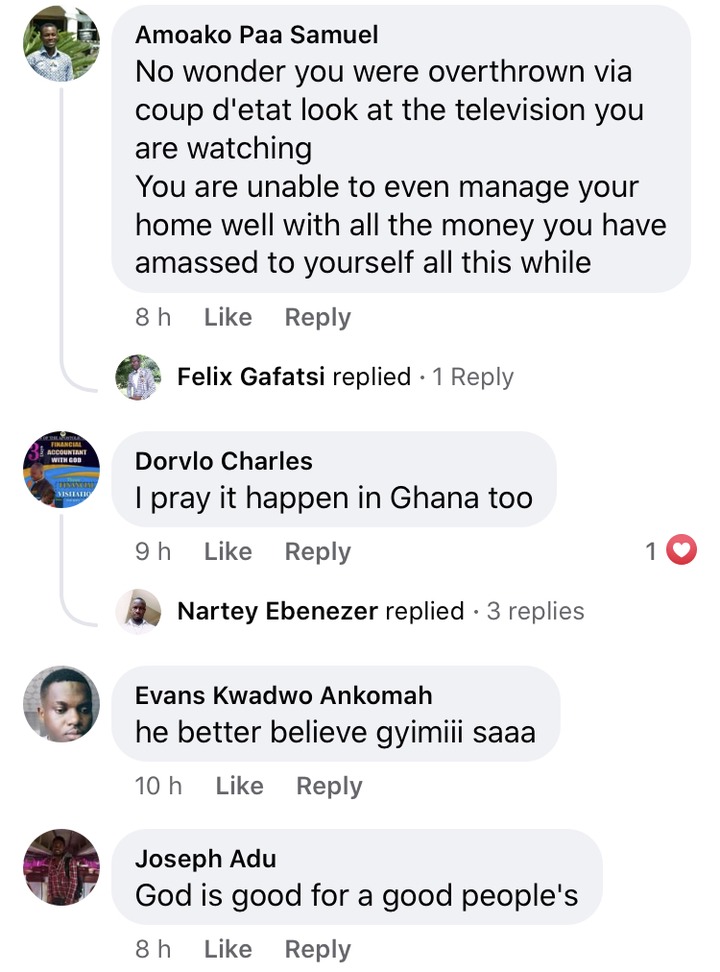 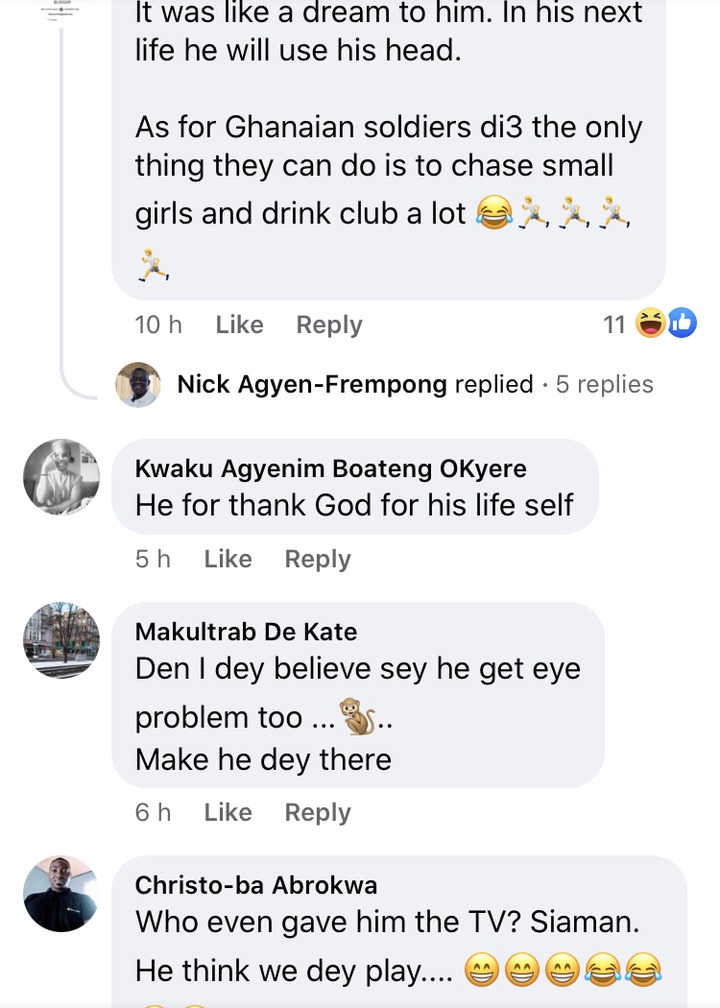 From the above comments, we can clearly notice that most individuals were just as surprised as Alpha Condè to witness the swearing in of Mamady Doumbouya as the newly President elect for Guinea whilst others asked pending questions.

Do you think that an unexpected coup could happen under Akufo-Addo’s government considering the recent #FixTheCountry demonstrations across the various regions in the country even though others claimed otherwise?