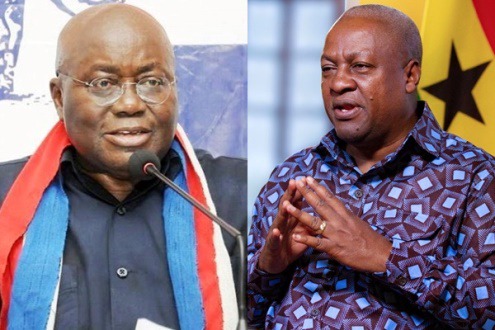 Both candidates are again at a loggerhead after the electoral showdown in 2012 which saw John Mahama emerged as winner. However, Nana Akufo Ado came to power in 2016 after winning the general election.

Again, we have seen both contestant pitching their tent against each other for the third term and they have taken over the political limelight as both emerged the presidential candidates for their respective parties, John Mahama emerging as the presidential candidate of National Democratic Congress (NDC) and the incumbent president Akufo-Addo representing the ruling party New Patriotic Party (NPP).

The duo kick started their dogged and rugged campaign in late 2019 even before their parties were due to launch their manifestos. There was also a commotion over why Mahama defaulted on a promise to support the plan to hold a referendum that will introduce partisan politics into local elections in mid-December.

The 2020 election is just around the corner with 4 months to go and it is more intense than ever with both contestant spitting it hot against one another trying paint good of themselves and the other negative.

More so, having looked at the trend of recent events, it seems like Mahama has an advantage capitalizing on the current economic discontents which is blamed on Akufo-Addo and the finance minister Ken Ofori-Atta.

With that been said, below is some fact about both candidates. 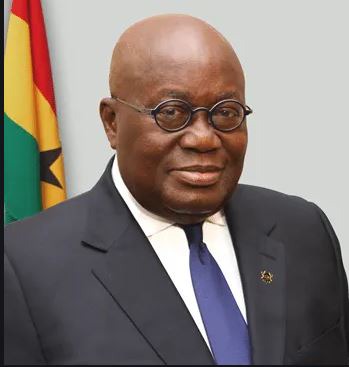 Nana Addo Dankwa Akufo-Addo is the seating President of Ghana and also the presidential contestant for the ruling party, NPP. He assumed office of the president since the 7th of January 2017. He served previously as the Attorney General from 2001 to 2003 and also as the Minister for Foreign Affairs from 2003 to 2007 under the Kufuor-led administration.

Nana Addo began his presidential race in 2008 and again in 2012, under the umbrella of the New Patriotic Party (NPP), however, he was defeated on both occasions by John Evans Atta Mills in 2008 and John Dramani Mahama in 2012 both of National Democratic Congress (NDC).

He was again for the third time the presidential candidate of the New Patriotic Party in 2016 general elections and he eventually defeated John Dramani Mahama making him the President elect of Ghana. 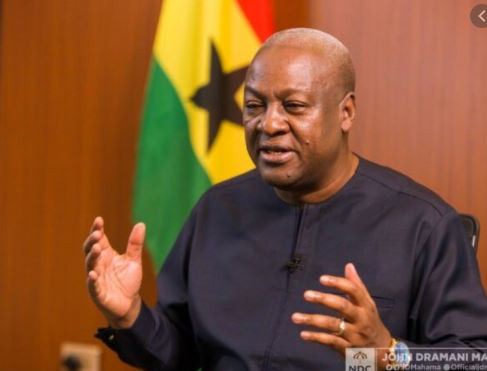 John Dramani Mahama is a Ghanaian politician who served as President of Ghana on two occasion. He started out previously by serving as Vice President of Ghana from January 2009 to July 2012, and took office as President on the 24th of July 2012 following the death of his predecessor, John Atta Mills becoming the first vice president to do so.

Aside politics, Mahama is also a known communication expert, historian, and writer. In addition, Mahama was a Member of Parliament for the Bole Bamboi administration serving from 1997 to 2009 and also served as the Minister of Communications from 1998 to 2001.

He is known to be the first head of state of Ghana to have been born after Ghana's independence. He won the December 2012 election to serve as full-time President. In 2016, he contested re-election for a second term, but lost to Nana Akufo-Addo of the NPP.

In February 2019, Mahama was confirmed as the candidate of the opposition NDC to contest in the 2020 elections to unseat the incumbent president Nana Akufo-Addo whom he lost to in the 2016 election, taking advantage of on the nation’s poor economy that’s heavily affected due to falling prices for gold, oil and cocoa exports.