"Even Landlord Couldn't Stop Me, What Can Houseboy Do?" Manasseh React To Paul Otchere's Appointment

With no doubt, the family, colleagues and friends of top Journalist Paul Adom Otchere are currently in a joyful and a happy mood for the latest good News about the him.But of course other people who feel that the Journalist in some ways speak in favour of the sitting President of the country will be against his appointment. 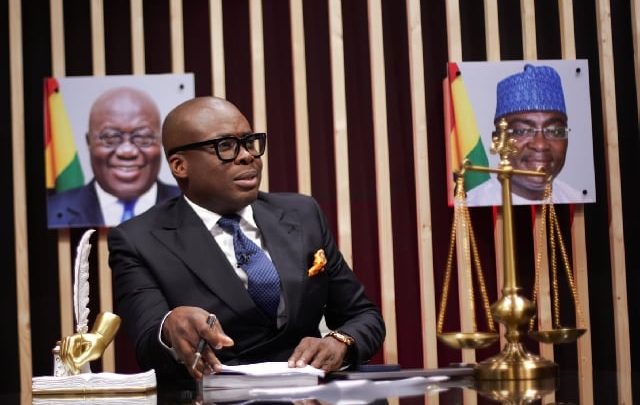 But someone who has constantly had issues with Paul Adom Otchere, Manasseh Azure Awuni will not be surprised to have heard that the Host of Good Evening Ghana Show at Metro TV has been appointed as the chairperson of the board of Directors of Ghana Airport Company limited.

Truly the Investigative Journalist, Manasseh can be said to not have been surprised because he took to Facebook to reply one of Ghana's most popular Sports Journalist's post about him and Paul Adom Otchere.

Sports Journalist Saddick Adams upon hearing the appointment of Paul Adom Otchere took to his Facebook platform and posted that, "Manasseh can't fly through any Ghana Airport again." This post from Saddick Adams Tells Ghanaians who have been following Manasseh and Otchere consistent fight on social media that Manasseh and Paul Otchere's fight is not yet over because Otchere is now going to be the chairperson of Ghana Airport and he can prevent him from traveling outside the country. 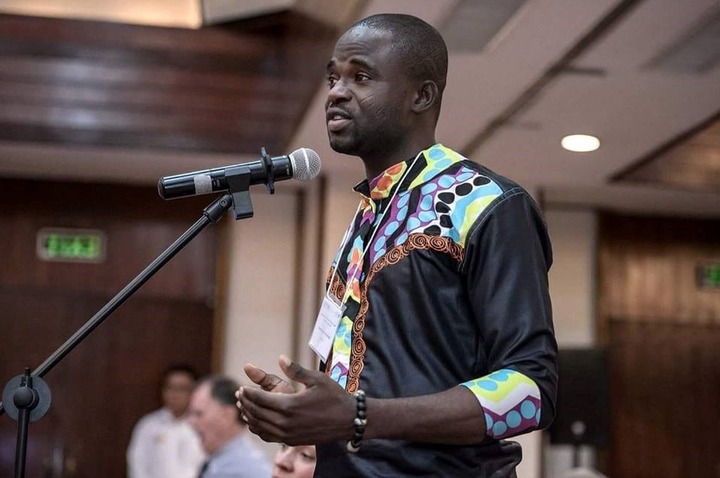 But Manasseh Awuni who seems not to be scare of him ( Paul Adom Otchere) and even his master who appointed him replied Saddick Adams post by writing that, " Landlord Koraa couldn't Stop me na a Houseboy."

Below is the post from both Saddick Adams and Manasseh Azure Awuni. 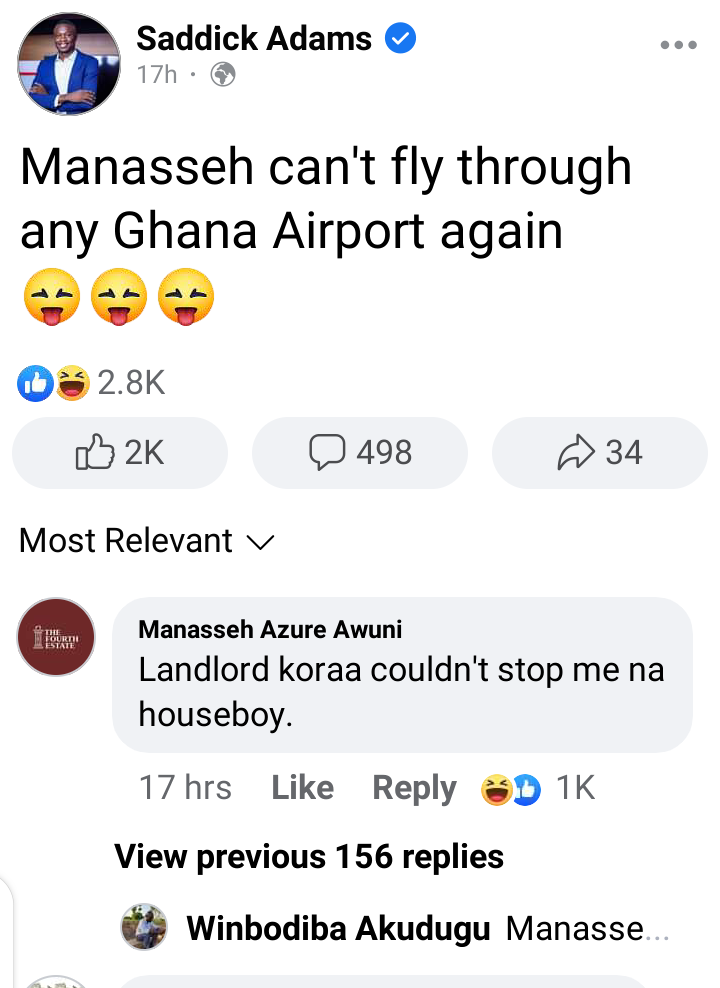 This post from Manasseh obviously tells Ghanaians and Saddick Adams that he isn't sacred of him and anyone no matter their position.