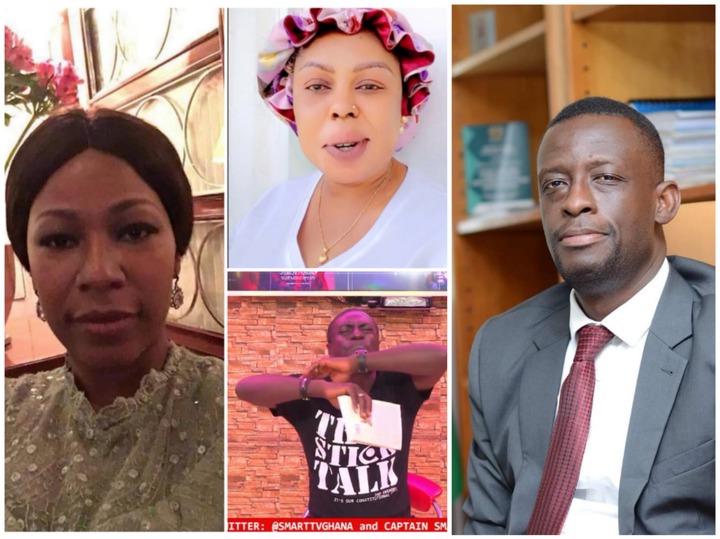 These three personalities are on record, attacked the minister for being insensitive and 'immature' in refuting claims about the 9-months pregnancy and kidnapping of Josephine a day after the latter was found in Axim.

Except for Dr. Grace Ayensu Danquah who only touched on the emotional intelligence accorded the disclosure of medical reports which disputed Josephine's pregnancy, the other two personalities attacked the person of the Minister with quiet unsavory remarks. Captain Smart was loudest on his morning show on Onua TV, jabbing the Regional Minister even to an extend of insulting his intelligence and alleging the lady was his girlfriend.

Afia Schwar went further to demand the removal of the Minister from his office after she had hauled unprintable words against him. For days, before the final confession from Josephine Panyin Mensah was heard, Captain Smart had argued that there was no way any medical report or police investigative findings could diffuse the testaments relatives, neighbors and the husband had given about her pregnancy.

Surely, they were all 'fooled' by the grand scheme Josephine employed to cover up for her lost pregnancy. She might have considered it to be compensatory, at least disguising herself with silicon baby bump till her time is due and announce that she lost her baby to ritual killers. Her thought was to win people's sympathy rather than take the shame in a typical fante community where women are stigmatized for a miscarriage.

But in the face of the new development [thus after the confession by Josephine that she faked the pregnancy and kidnapping], neither Captain Smart nor Afia Schwar had apologized for being hasty and 'irrational' in their condemnation of the Regional Minister. On social media, a campaign is waged to compel them to apologize.