Ghanaians are currently divided over a new levy the government seeks to introduce to develop the country. According to the government, the E-Levy will be used to build roads, create jobs and pay debts. The Minority have however kicked against the policy raising arguments of being a burden on Ghanaians. The government has embarked on town hall meetings to sensitize Ghanaians.

On TV3’s New Day, Kwame Asare Obeng, popularly called A Plus joined Cookie Tee to discuss certain developments in the country. According to A Plus two of the senseless things to ever be considered by this government are the Agyapa Deal and the E-levy. He noted that he will never support the E-levy. He talked about a number of policies that can generate money for the country. Interestingly, A Plus said he will want to support the NDC fight the E-Levy but only under a condition. 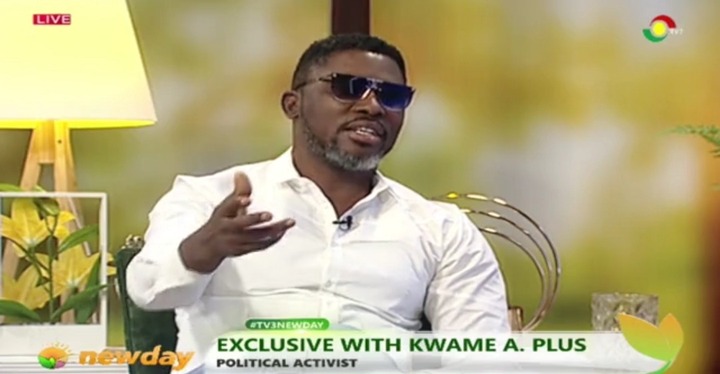 A Plus however was quick to say that the NDC might never do this because the levy will benefit them when they come to power later on. The political activist scored Akufo-Addo 20% in his performance and said had it not been for the good works of IGP Akuffo-Dampare and Henry Quartey, the Greater Accra Regional Minister, the president would have scored less.

Use the link below to watch the full video.