By EKBDankwa (self media writer) | 1 year ago 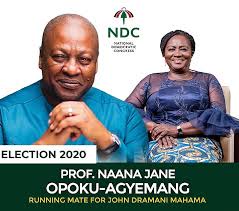 Ghanaians woke up on Monday 6th July, 2020, in high spirits as they anticipated who the running mate of the National Democratic Congress (NDC) will be. Prior to this, different factions of the Ghanaian political community were anxious to know who will be selected as the running mate for the largest opposition party. This was only few weeks after the New Patriotic Party (NPP) had reaffirmed their support for His Excellency Nana Addo Dankwa Akufo Addo, the incumbent, to run a second term unopposed. Equally, Nana Addo chose to continue his second term in office with his indefatigable Vice, Dr. Mahamadu Bawumia.

With all set for the NPP, pressure mounted on Mr. John Dramani Mahama and the NDC to come up with their running mate. Among the list of potential running mates were big names such as Dr. Kwesi Botchway, Dr. Ekwow Spio Garbrah, Alex Mould, Professor Jane Naana Opoku Agyemang and Dr. Kwabena Duffour, inter alia.

Finally, as the day went by, it became clear as to who had been chosen to be the running mate of the former President. Below are my thoughts on the reasons for the selection of Professor Jane Naana Opoku Agyemang; 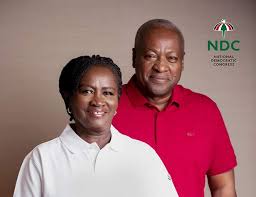 Undoubtedly, Professor Jane Naana Opoku Agyemang has distinguished herself as born to lead. The celebrated Professor has been in leadership positions all through her life, recounting from being the Head Girl of her Alma Mata, Wesley Girls High School, after which she has been in several leadership positions wherever she has found herself. She is also a multilingual and has the ability to communicate on all levels both locally and internationally with a firm grip on the French language. In the event of the NDC winning the elections, it is hoped that her persona will help catapult the image of the nation to a higher pedestal in the eyes of the international community.

The title Professor itself carries so much weight and it is obvious that the bearer of the title has achieved almost all if not all the academic laurels required in our human dispensation. In actual fact, she has such an impeccable track record in academia and in the field of work. In most cases women who have achieved such academic heights are well respected in society and are acknowledged for being serious minded. Not that alone, the celebrated Professor has held the forts in many notable institutions by assuming lead roles such as Head of Department of English at the University of Cape Coast, a member of the Ghana Academy of Arts and Sciences, Vice Chancellor of the University of Cape Coast (first female VC of a Ghanaian state university), Chairperson of the Adjudication Committee, VALCO Literary Awards, Ghana, member of the Board of Governors Center for Democratic Development (CDD - Ghana), Minister of Education, among others.

In the international space, she has been a member of the Governing Board of the United Nations Educational Scientific and Cultural Organization (UNESCO), and the Selection Committee of the African Humanities Project of Carnegie Corporation, USA. She has also been an exchange Professor at the Eastern Washington University, USA, and was selected as a Fulbright Senior Scholar fellow of the Institute of Advanced Study and Research into the African Humanities, North Western University, USA (1994). She can be described as a walking luggage of experience. Not forgetting to mention the number of academic publications she has to her credit.

Clearly, Professor Jane Naana Opoku Agyemang is a force to reckon with and a candidature as a running mate affords her the opportunity to bring to bear, her wealth of experiences towards propelling the country in the right direction, all other things being equal.

Never has it been in the history of Ghana to have a female running mate for any political party let alone a presidential candidate. However, times are changing and trends in the global space are taking other forms either than the ones traditionally known. In Africa, Liberia had her previous President being a female, i.e. HE Ellen Johnson Sirleaf. Moving to Europe in the UK, Theresa May was the Prime Minister prior to Boris Johnson. In Germany, Angela Merkel has been and is still the Chancellor of Germany. Clearly, if woman elsewhere have the opportunity to serve in such high offices, why not Ghanaian women?

Moreover, Ghana as a well-respected member of the United Nations General Assembly has the responsibility of ensuring that the country works towards the achievement of all the seventeen (17) Sustainable Development Goals (SDGs) by the year 2030.

Among the goals is Goal 5, Gender Equality, which has a target of ending all forms of discrimination against all women and girls everywhere, with a target of ensuring women’s full and effective participation and equal opportunities for leadership at all levels of decision making in political, economic and public life.

By the selection of Professor Jane Naana Opoku Agyeman among other things, John Mahama has sent a strong signal to the United Nations that when given the nod as President, he will be fully committed to the goals and tenets of the global body and that he is the leader choice to lead the country towards the achievement of the SDGs by the year 2030.

We are all aware of the fact that after Ex-President Rawlings’ first term in office in the fourth republic, he appointed Professor Mills as his Vice. In the same light Mr. Mahama (having served his first term in office) in emulating the example of the founder of his party, is repeating history in the appointment of Professor Opoku Agyemang to become his running mate in his possibly second term in office . Then it becomes a tradition for the NDC to have Professors as Vice Presidents.

5.     Behind Every Successful Man is a Woman

We have come to belief the fact that any man who wants to be successful needs to get an intelligent and hardworking woman to support his dreams and visions. Indisputably, Professor Jane Naana Opoku Agyemang has demonstrated her level of intelligence and hard work throughout her line of duties. Who knows that this could also be a reason for the choice of the flag-bearer of the National Democratic Congress? 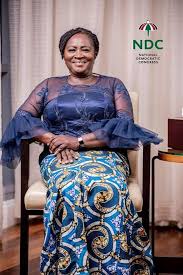 Well, after all has been said and done with both the NPP and NDC looking set for the 7th December polls, the power lies with the good people of Ghana to decide.

Content created and supplied by: EKBDankwa (via Opera News )

Ghanaians Massively Praise John Mahama After Doing What President Akuffo-Addo Could Not Do.