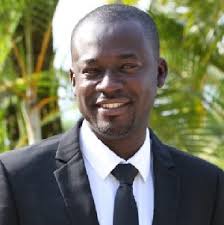 The Communication's Director of the presidency, Eugene Arhin has responded the second time to the Member of Parliament for North Tongu, honourable Okudzeto Ablakwa.

The MP of North Tongu in a post on both Facebook and Twitter, responded to the press statement released by Eugene Arhin with regards to the president's travel and the cost involved.

According to the Communications Director of the presidency, Okudzeto in his response on Friday June 25, 2022 to the release from the presidency has run away from the truth and the fact that he's been exposed that the president did not charter his so called luxurious jet from Accra as he claimed.

"Shift the goal post and run-away conveniently from the statement he made....."

Eugene Arhin, is also of the assertion that the MP should have apologised for peddling lies about the president, but that did not happen.

According to the Communications Director of the presidency, honourable Okudzeto Ablakwa has now diviated from his expensive jet charter to what he calls a bill to reduce the president's travels.

Eugene Arhin says Okudzeto's diversion will not make us forget his allegation which he has already made.

Akufo-Addo: President Rejects Calls To Reshuffle His Appointees, Says They Are Doing Well