The gods are asleep; Mahama's 'Do or Die' comment exposes NDC? 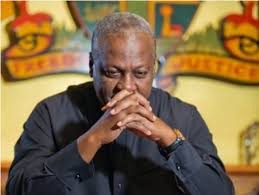 The recent indignation ringing in newspapers and trending on social media leaves one big question in my mind; "Was the 2020 elections really manipulated as it was alleged by the NDC?"

Mahama's recent admission that NDC was not persistent in the 2020 elections vis-a-vis his comment makes me think that "the gods are asleep." Undoubtedly, this seems to be very true else we wouldn't waste so much time storming the Supreme Court and using state funds on allegations without concrete evidence.

Recall, the then flagbearer and leader for the opposition National Democratic Congress, John Dramani Mahama rejected the final verdict announced by the EC on grounds that the election was flawed in favour of one party. As a democrat, Mahama filed a petition at the Supreme Court praying the Court to annul the results and conduct another elections to elect a new president. However, the Supreme with great reliance on the evidence presented by the witnesses for NDC unanimously dismissed the case, which saw Nana Addo Danquah Akuffo-Addo reelected for his second tenure.

The aforementioned topic became a topmost issue in Ghanaian politics few months after the Electoral Commission declared the winner of the 2020 general elections. Very contemptuous yet a decision had to be made by the Supreme Court of Ghana presided over by the Chief Justice, Annin Yeboah. Mr. Mahama, desperate for power failed to accept the decision of the court and had since then failed to congratulate President Akuffo-Addo. 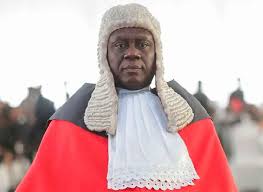 Mahama has openly admitted that the NDC has learnt their lessons and will see do or die at the polling station come 2024. According to Mahama, the party seemed relaxed to have allowed the mishaps in the elections. His comment, though largely described as not harmful, has also received backlash from Ghanaians.

The two issues as presented above are classical cases that need analysis and judgement from Ghanaians.

A leader who accused his fellow leader of having a hand in the election, and accusing the Electoral Commission now claims the party has learnt their lessons and this time would be persistent. Does this statement mean the NDC failed to perform their duties as expected? Did the party act incompetent during the elections?

Well, does these two statement not contradict themselves? In my clear view, I believe Mahama's comment has vindicated the Electoral Commission and the New Patriotic Party. This same statement could possibly have a negative toll on the NDC because it has exposed their inconsistencies and malfunction at the polling stations?

I wish you to make your judgement based on these mind boggling questions. What lessons have the NDC learnt now that they did not know considering the party's supremacy in Ghana's political history? Why would you accuse the EC if you know that your defeat was caused by the anomalies of your own party officials and members?

The decision is you, my cherished reader to make!