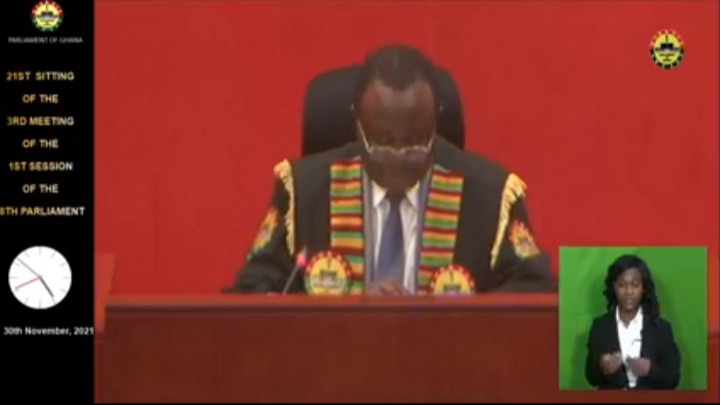 Today, November 30, 2021 would go down in the country's history as one of the important days that witnessed an unusual and unexpected event in the House of Parliament. It can be said that what transpired in Parliament is signaling how problematic the hung Parliament is turning out to be as each Caucus tries to undo decisions that were taken by the other Caucus.

Recall, in the last sitting led by Speaker of Parliament, Rt Hon. Alban Sumana Bagbin, the 2022 budget was rejected after the Majority group staged a walkout in protest of the speaker's decisions. The speaker declared the budget rejected after a 137-0 vote was cast by the Minority againt the budget. However, the decision was opposed by the majority in a statement and vowed to undo the decision. 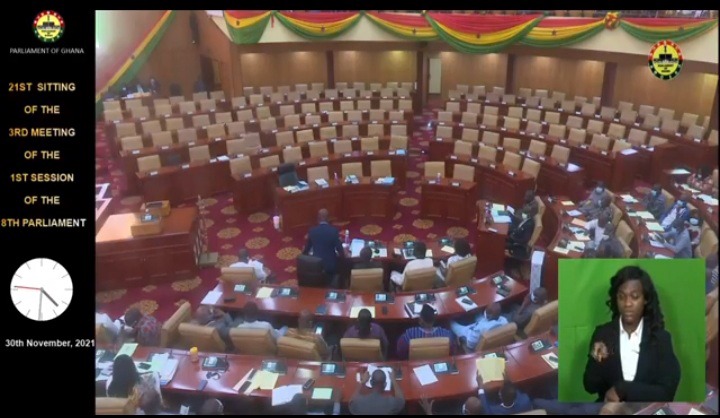 During proceedings today, in the absence of Alban Bagbin, the acting speaker who belongs to the majority aided the passing of the bill. It is on record that, sitting was delayed for hours owing to a crunch meeting between the leadership of the two caucuses with the Finance Minister. Interestingly, all 137 MPs from the majority Caucus stormed parliament to vote for the budget to be approved.

Voting got underway in the absence of majority of the minority lawmakers. However, after several counts were made, the acting speaker also voted which gave the majority side more votes to facilitate the passing of the budget. Indeed, this whole process of voting has become a major concern for every Ghanaian as Parliament continues to pull surprises day in and day out. As we communicate now, Parliament has declared the budget passed.

It would not be surprising to see the Minority Caucus protest the recent outcome after their decision was also strongly opposed by the majority.