He Is Only Teasing Us With Constitutional Amendments To Sanitize His Image; Hands Off It.

Fixthecountry convener, Oliver Barker-Vormawor has caused another massive stir, debates and arguments among Ghanaians across all social media platforms with another post on facebook. This followed His Excellency, Nana Addo Dankwa Akuffo-Addo's address to nation, celebrating the country's 30th Anniversary of the referendum approving the 1992 constitution and the brouhaha which is still ongoing, following the exposé interview between Kelvin Taylor and Serwaa Broni; to which some Ghanaians called for the impeachment of the President. 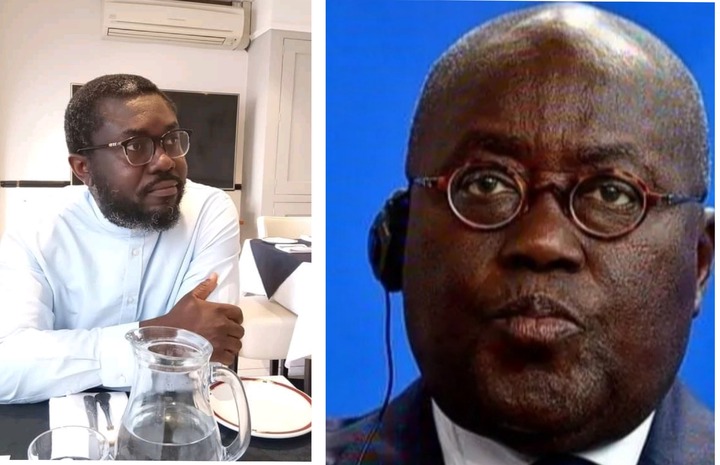 According to Oliver in a recent post, the President is only teasing us with constitutional amendments to sanitize his image and must be impeached as soon as possible. As maintained by Oliver, the President's hands are unclean because he is the biggest abuser of the constitution and as such, must not be brought anywhere near the constitution.

In Oliver's opinion, the President and his corrupt handlers will only make our constitution worse than it currently is because they clearly see that the end is near and as such, want to cook up a new scam. He emphatically stated and sent a bold message to the President saying that, the constitution is not a new Agyapa deal and as such must take his hands off it now! 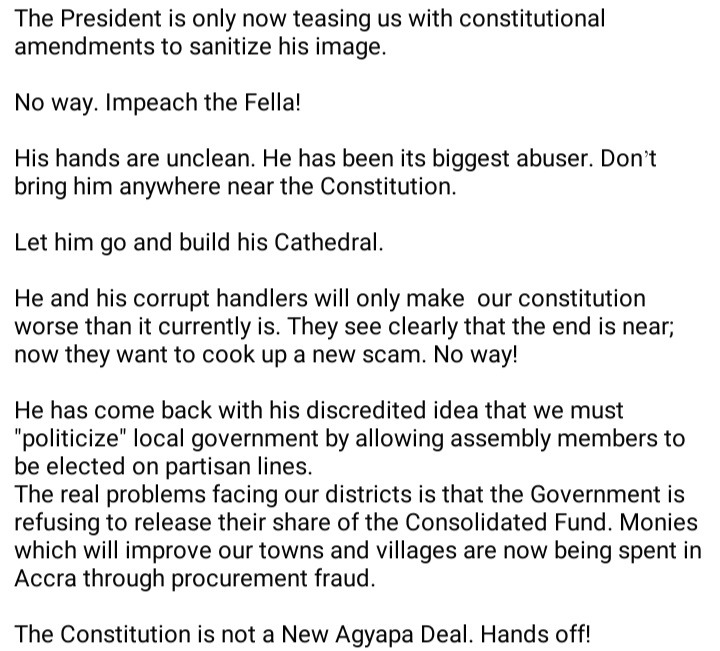