Enough Of The Playing Soft: Stand Up And Fight Like Rawlings Did - Professor Kwaku Azar Charges NDC

The Cape Coast High Court verdict about the injunction that was levelled against the elected MP for Assin North Constituency, James Quayson, has raised a very sensitive topic for debate in Ghana.

Should a candidate be disqualified because he holds dual citizenships?

According to the renowned law professor, Kweku Azar, Ghana accepts dual citizenships and there are differences between allegiance and citizenship.

He cited the legal case between Rawlings and Bilson as a case study in his assertions.

The background of the case is that the plaintiff, Mr Bilson, filled a motion in order to challenge the presidential candidate of NDC, late President John Jerry Rawlings, during 1992 general elections.

Despite the legal banters that went on, the court ruled in favour of the late President.

However, Professor Kwaku Azar stipulated in his Facebook post, dated on January 9, 2020 that Rawlings had both Ghanaian and UK citizenships.

He quoted the court verdict and wrote that

“The first defendant is a citizen of Ghana by birth, born in Accra in 1947 of a mother who was born in Keta in 1919. The first defendant was therefore at birth a British subject who in January 1949 became a citizen of the United Kingdom and Colonies by operation of the British Nationality Act, 1948 (11 & 12 Geo 11, c 56) (of the British imperial legislature), in particular section 4 thereof, and in May 1957 became a citizen of Ghana by birth operation of Act No 1 of the Ghanaian legislature, the Ghana Nationality and Citizenship Act, 1957”

He also stipulated that Rawling's allegiance was to Ghana only despite his UK citizenship. This is because he was born in Ghana and inherited the ‘perpetual and indivisible' allegiance.

Therefore, Prof Kweku Azar advised Ghanaian citizens not to denounce their dual citizenships. This is because it is not require by law to do so before one can hold a public office.

"Enough of the playing soft ! Stand up and fight like Rawlings did when the disqualification gang comes after you. The DCRPS is behind you” 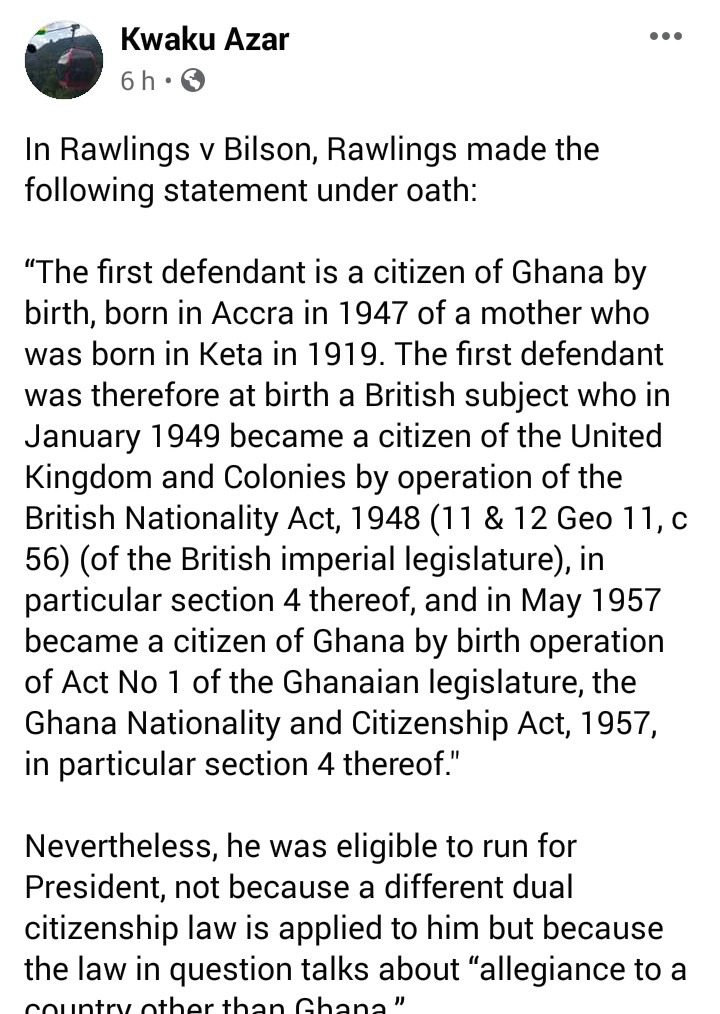 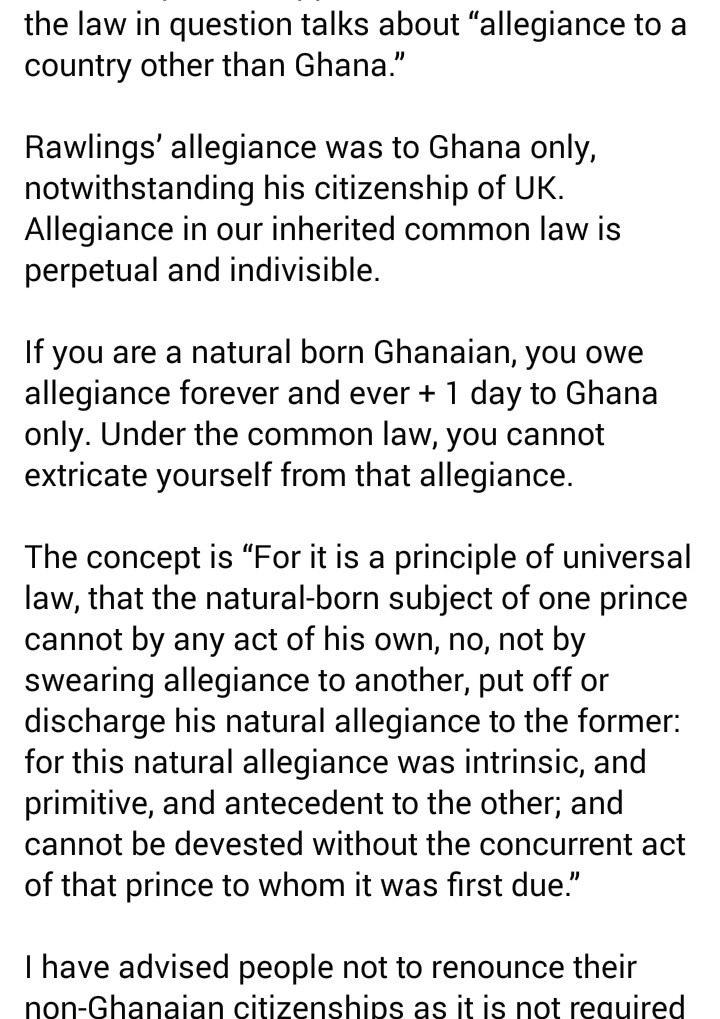 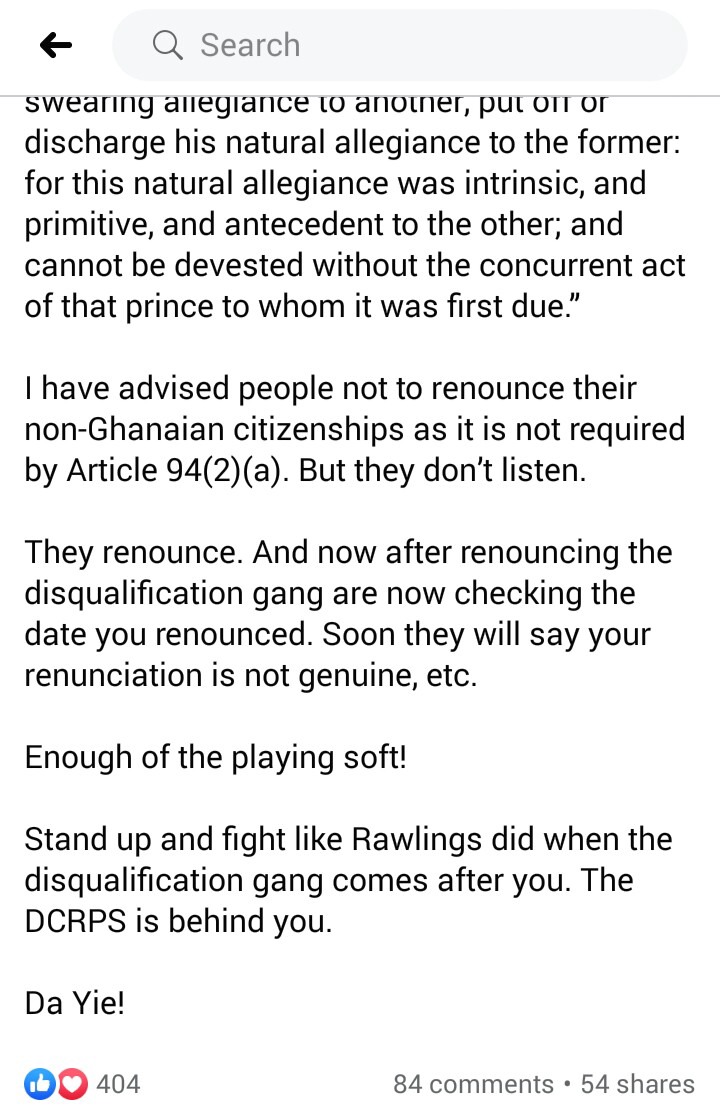 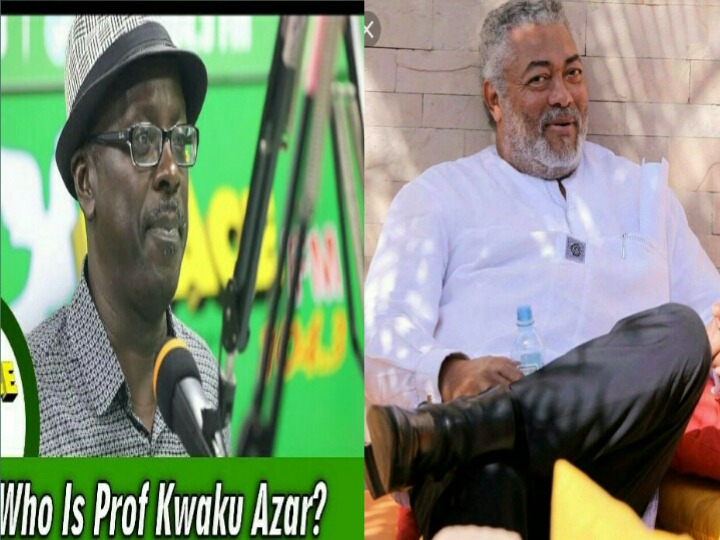