In a previous article, (found here at https://www.operanewsapp.com/gh/en/share/detail?news_id=3a43cec4c93a9aa9c07236469b821dfc&news_entry_id=s462d01e3210723en_gh&open_type=tanscoded&request_id=ed6ba4ed1e3d438b64770c19420f9a8b9bebf263&from=publisher), I had asserted that, the family of the President's Executive Secretary, Lawyer Asante Bediatuo, may be the luckiest family in Ghana, as at least four of his family members have all landed top appointments from H. E Nana Addo, who doubles as his cousin. 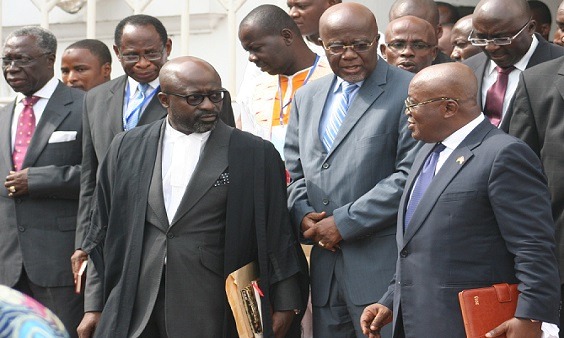 Well, from my latest investigations on the "Ofori Atta" family, also cousins of the President, they have inched past the Bediatuo's Family, as the "Ofori Atta's now have their sixth (6th) appointment also from their cousin, H. E Nana Addo, the man, who promised then as a candidate, never to engage in family and friends government, when Mahama appointed one not too close relative, yes, just one.

For the Bediatuo family alone, Lawyer Asante Bediatuo is the President's Executive Secretary, his biological father, Kofi Darko Asante, who chairs the Governing Council of GIMPA,. That is not all, his mother, Mrs. Vida Asante, is the head of the Presidential Household, Nana Asante Bediatuo’s brother, Kwesi Kuntu Asante, sits on the Board of Ghana Hostels and finally, Nana Asante Bediatuo’s sister, Lauretta Asante (marital name, Otchere), is one of the three Deputy Directors-General at SSNIT who have been appointed by this government.

For the Ofori Atta's, we know of Ken Ofori Atta, who is managing our economy that is borrowing to survive, Duke Ofori Atta and his son Duke Atta, all presidential staffers at the Office of the President, their cousin. There is also Eno Ofori Atta, wife of Kens brother, Earl Ofori Atta, who was appointed as acting Deputy MD at SIC Finance, but ended up as the substantive MD,

Well, there is also Micheal Ofori Atta, who was appointed by the President as Ambassador-At-Large and the only in this government, after that of Dr. Edward Mahama, was not renewed by Nana Addo. Interestingly, my latest information, that has since, been verified and authenticated, is that, another relative of Ken Ofori Atta, is enjoying a juicy appointment too.

She is Ms. Alice Ofori Atta, the sixth Ofori Atta appointed by Nana Addo and she is the Managing Director of the Tema Development Company Limited. (TDC).

"an experienced and accomplished corporate transactional attorney licensed to practice law in New Jersey (USA) and Ghana. She has over three decades of experience working in various capacities in several corporate American institutions with the last two decades spent exclusively within the field of law in legal matters involving a broad range of M&A / Corporate and Real Estate development sectors. 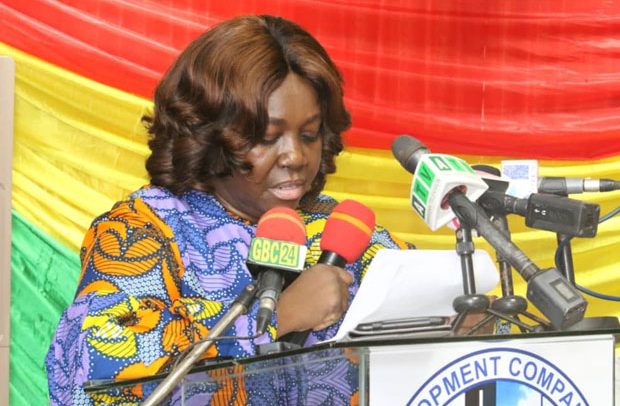 The comprehensive income of the company for the period amounted to GH¢ 75.7 million as against GH¢ 54.25 million in 2017. This amount represents a growth of 40 percent over the previous year.

Managing Director of TDC Development Company Limited, Alice Abena Ofori-Atta, made this disclosure during the company’s first Annual General Meeting (AGM) held in Tema. She attributed the significant improvement in growth for the period to improved revenue from rental and other property operating income, digitization of rent and estate development.

Ms. Ofori-Atta had said the year under review saw a rise in the revenue from 41 percent of GH¢ 49.33 million in 2017 to GH¢ 69.36 million in 2018, as she indicated that “as a result of our efficient management of resources by reducing costs and improving our investment income. We closed the year 2018 with a Profit Before Tax of GH31.85 million which represents a 138 percent growth from the 2017 figure of GH13.40million.”

She had then continued by stating how the company managed to reduce general and administrative expenses, noting that it improved to 39 percent of revenue in 2018 as against 64 percent in 2017. The Managing Director further stated that TDC was aimed at increasing shareholder’s fund by 27 percent from GH¢ 150.92 million in 2017 to GH¢ 191.82 million at the end of 2018.