By Gentle.Blogger (self meida writer) | 9 days 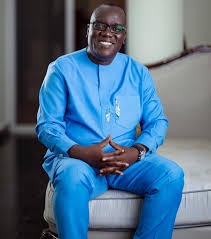 A resident of Sakura Wonoo claim that the leadership of the New Patriotic Party have really disgraced Sir John. According to him, the roads and other infrastructure of Sir John's hometown, Sakura Wonoo, should have been developed before his death considering the contribution from him towards the victory of the NPP during the 2016 and 2020 election.

Kwadwo Owusu Afriyie popularly known as Sir John was a Ghanaian lawyer and politician. He held several political positions including serving as general secretary of the New Patriotic Party. He was serving as the Chief Executive Officer of Forestry Commission of Ghana before his demise.

Despite all these roles assumed by Sir. John, the infrastructure capacity of his hometown, Sakura Wonoo, has not been developed. If not for the intervention of the Queen Mother of Sakura Wonoo before the funeral, the abandoned road would have still remained abandoned and dejected.

According to the resident, the NPP should not think of coming to campaign for the 2024 election because they will not vote for them.