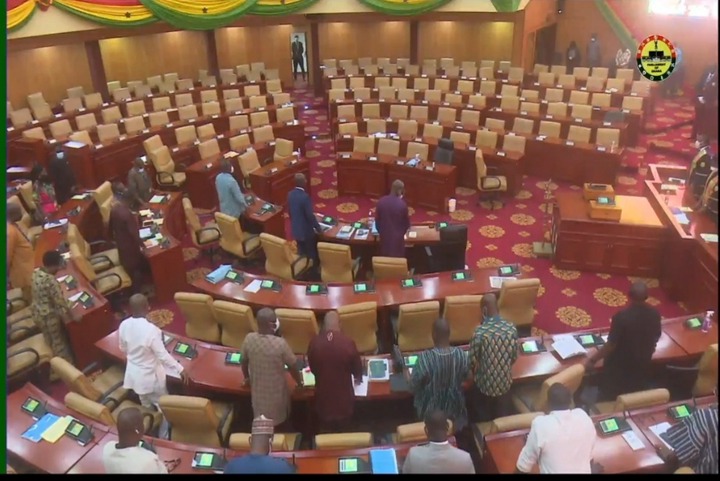 Ghanaians are still debating the events surrounding the rejection of the 2022 budget by 137 MPs in Parliament. The Majority MPs walked out due to the decision of Asiedu Nketia not to step out of the public gallery. This refusal caused the Majority to step out and the NDC MPs went ahead to vote and reject the budget presented by Ken Ofori Atta weeks ago.

On Good Moring Ghana today, Tuesday, November 30, 2021, Richard Ahiagbah called on the Minority to stop the petty politics and approve the budget. According to him it is mischievous to hear Bagbin say that he was not informed of a meeting by the Majority causing a delay in the start of Friday’s session. Richard Ahiagbah noted that the decision of the Speaker to adjourn Friday’s meeting was uncalled for.

It can be recalled that Speaker Bagbin after starting last Friday’s session refuted claims that he had been informed and chose to suspend for 30 minutes so the Majority could join. Later in the heat of the discussions the Majority walked out and Alban Bagbin again suspended the session for 5 minutes in the hope that the Majority will return. According to Richard, the session wasn’t suspended but rather adjourned and was thus surprised that the Minority went on to vote against the budget.