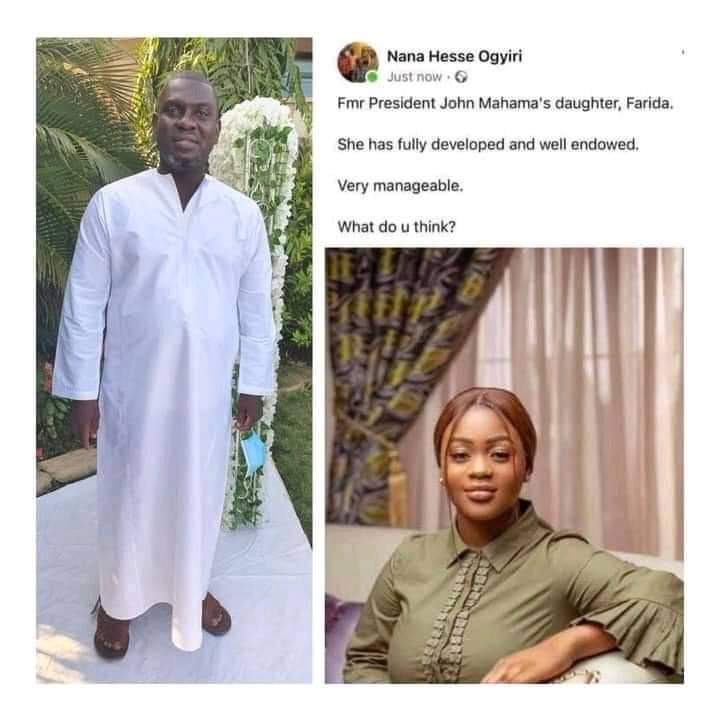 She has stated that what NPP operative know as Nana Hesse Ogyiri stated about Farida Mahama yesterday when celebrating her birthday was totally wrong and unacceptable because they're matured enough to avoid that.

She detailed that late President, John Evans Atta Mills once advised them that people leading Political parties and acting as Politicians are of limits so she doesn't expect Politician to expressed his view with such message people have described as "reckless".

"Last time I checked, our late President, Professor Atta Mills of blessed memory advised us to take note that children of political party leaders and other key leaders are off limits!

Why on earth will NPP operatives turn President Mahama’s teenage daughter into a punching bag, posting horrible messages with sexual connotations as a way of getting to her father!

This is totally wrong and unacceptable, coming from persons who should know better!

Such lewd comments are uncouth, illogical and insulting and should be condemned" she said on her social media wall and Ghanaians expressed their views on what she said.

Some people reacts that beyond the condemnation, a small investigation and publicly announced disciplinary measures by the FSH will be in order. "He might think he was being funny but this is the kind of behaviour towards children and women we are trying to discourage" another Ghanaian said.

Someone stated that Nana Hesse Ogyiri is one of such "reckless" guys who the tax payers money is been wasted on. "Such a senseless thing calling himself a Presidential Staffer" the person added.

Another Ghanaian advised that: We can only begin to make people pay for their wrongdoings when we separate them and their deeds from the social institution or the political party they belong. If those comments are tantamount to the breach of law, they must be dealt with accordingly.

"Those staunch members of the ruling Government behaving as such might be rapist. They have just demonstrated it and must be seen as such" another Ghanaian reacted in angry mood.