By Still_Unbeatable (self media writer) | 14 days ago 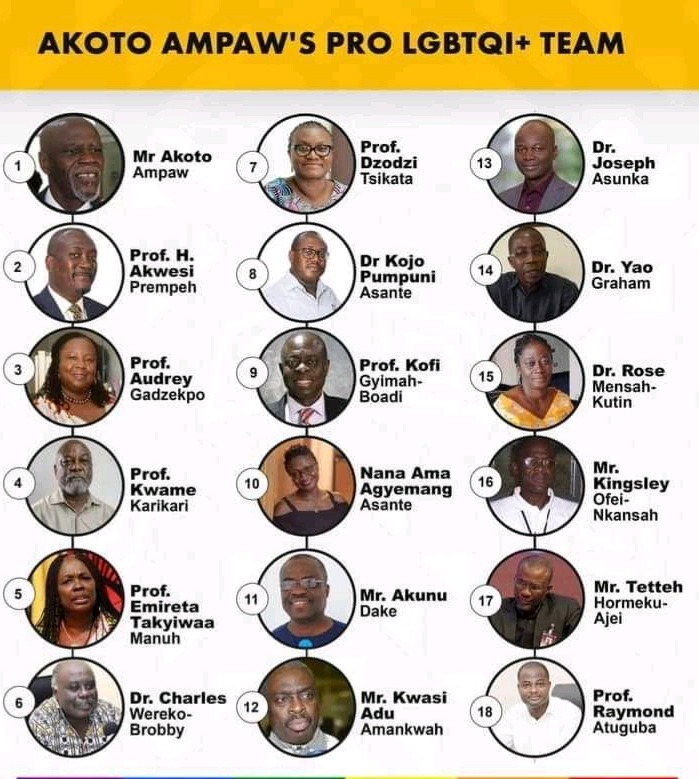 Akoto Ampaw is one individual that has generated some controversy in the past few weeks. At the forefront of a group of 18 personalities, the veteran lawyer has stood to speak against the anti-LGBTQ+ bill currently before Parliament. Parliament is expected is to debate the bill when the House resumes in 2 weeks time. Ever since Akoto Ampaw made his views known, he has been then target of many Ghanaians who feel he has been bribed.

Many have connected his stand on the LGBT issue to the President. His critics have argued that the President is using Akoto Ampaw as a tool to share his own sentiments about the debate. Indeed, Ghanaians have shown tremendous support for the Ningo Prampram MP, Sam George who brought up the bill and this has included many even of the NPP side. No one has given Akoto Ampaw a fair hearing.

In sharing his thoughts on Breakfast Show on GBC, Akoto Ampaw made it clear that though he is President Akufo-Addo’s lawyer, his comments remain solely his. He argued that all his life he has been no one’s puppet or pimp and as such not even the president can make him do something he doesn’t want to do.

Lawyer Akoto Ampaw also debunked assertions that he has been bribed. According to him he is an independent man who cannot be coerced into swaying from a path he has chosen to walk on. He called himself a human rights fighter and acknowledged that he will fight this LGBT issue to the end, that is even if it goes to the Supreme Court.

Check out the video below for the interview;