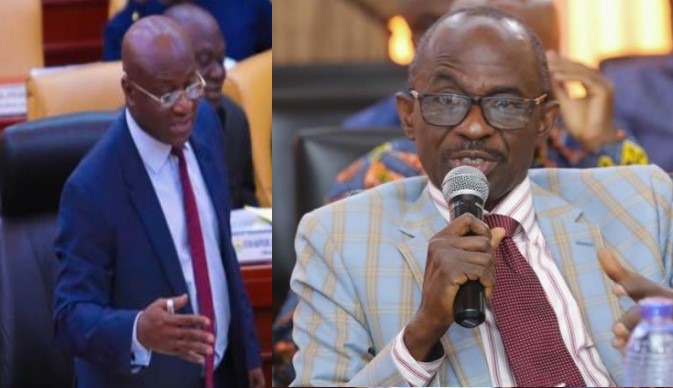 The General Secretary of the opposition National Democratic Congress (NDC), Johnson Asiedu Nketsiah has taken a swipe at the Majority Leader of Parliament, Osei Kyei Mensah Bonsu for allowing himself to the misguided rants by the Mpraeso legislator, Mr Davis Opoku Ansah. In his opinion, the Majority Leader lost control of his members by allowing the Mpraeso legislator to command his caucus to walk out of the chambers.

Mr Asiedu Nketsiah noted that it is unpardonable for a senior parliamentarian as Kyei Mensah Bonsu to have failed to correct the ignorance of the young parliamentarian [Davis Opoku Ansah] when he charged on his senior parliamentarians to walk out of the chamber because of his presence at the public gallery, last Friday. He stressed that the Majority Leader ought to have called his members to order and resort to civility other than the outburst and disrespect to parliamentary rules.

In an interview on Joy News’ The Probe show, Mr Asiedu Nketsiah stressed that the blame should be laid on the Majority Leader for what had become of the 2022 Budget and Economic Statement. He explained that Davis Opoku Mensah is oblivious of parliamentary rules and procedures hence his juvenile actions could be pardoned.

“Their case is worse particularly the Majority Leader. He’s been there for more than 20 years and for him to allow a back-bencher who is just a fresher…have not studied the rules to ordering you and you following them out is a bigger offence than that the back-bencher put up.”

He stressed that the Mpraeso legislator was simply displaying his ignorance and that his constituents should rather be ashamed for what he did last Friday during the final debate on the budget. Mr Asiedu Nketsiah mentioned that “he [Davis Opoku Ansah] has no idea how parliament runs at all.”

Asked if he was perturbed by the protest to oust him from the public gallery, Mr Asiedu Nketsiah said he was rather excited by the view. He noted that there was no provision in law at that instant that prohibits his presence at parliament’s public gallery.

He explained that there are only two instances by which the Speaker could order the vacation of an occupant from the Chamber. Mr Asiedu Nketsiah stated that such orders are sanctioned when the occupant conducts him or herself in a manner that disrupts proceedings, or a decision is taken that proceedings are taken in-camera.