Stop It: "Ken Agyapong Is Creating Opportunities For The Youth"- Ghanaians To Yayra Koku

By Mavis-Love (self meida writer) | 5 days 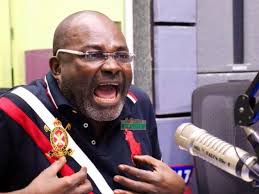 Ghanaians have blast member of the National Democratic Congress, Yayra Koku for saying that "Akufo-Addo thanks Dishonourable Kennedy Agyapong with a juicy appointment. Attack the media and you will get an appointment" when Hon Kennedy Agyapong has been appointed as the board chairman of Ghana Gas company limited today.

Some people stated that despite Kennedy Agyapong is being feared much in NPP government, he is good and have helped a lot of people. Some people questioned Yayra Koku that what was he able to achieve when he was giving opportunity at National Identification Authority when Mahama was in office?

"You are here calling someone dishonourable because of politics. What were u able to achieve when you were given that chance at NIA?" Some stated to blast the famous NDC member.

Some people stated that Yayra Koku can hate Kennedy Agyapong but "he's creating more opportunities for the youth than any single politician in Ghana".

Someone indifferently said: Another qualification for promotion in this government apart from corruption and incompetence is getting involved in a scandal or acts that are inimical to our survival and you’re rewarded big for it! Thank you Nana Addo.

"Were you expecting him to give it to John mahama or your father?" Another Ghanaian questioned Yayra Koku.

"As for NPP if you work for them they will reward you well. How about NDC too?" Another Ghanaian asked him.

Someone said: This man has too much secrets about him and the NPP so he's very careful in handling him.