Presidential Spousal Allowances: What money did she refund? (opinion)

Following the announcement that First Lady Rebecca Akufo Addo had refunded the allowances paid her since 2017, there have been a deliberate attempt by the media and NPP surrogates to misinform the general public. Interestingly, lots of people including some learned comrades are falling for this 'scam'. 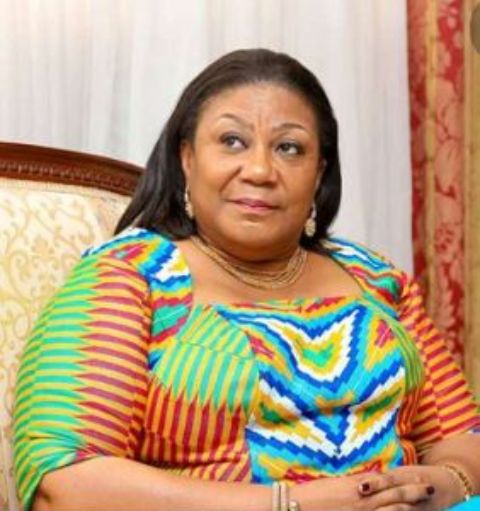 I will like to deal with this misconception before it festers. To begin with, the first and second Ladies brouhaha were all about the decision by Akufo Addo and Bawumia to pay their wives monthly salary (equivalent to the salary of a Cabinet Minister). The saga became two-faced when the First Lady decided to refund all the allowances paid her since 2017.

Issue two (2) = The First Lady's decision to refund all the allowances paid her since 2017. (The Second Lady has followed suit).

Issue two (2) was executed ostensibly to 'fool' the people of Ghana into thinking that the First Lady has returned to the public purse all monies paid her since 2017. This is most disingenuous. The move is fraudulent and reveals her deceptive nature. It appears she has been sexually infected with corruption by her husband.

Now, let us delve into the issues proper. The money the First Lady refunded was not the Gh¢33,270 monthly salary backdated to 2017. This was evident in the 5th paragraph of her first press statement issued on Monday.

"Given this, the First Lady, in consultation with the President of the Republic, has decided to refund all monies paid to her as allowances from the date of the President's assumption of office to date, amounting to Gh¢899,097.84," - the statement said. This is a matter of fact.

In addition to the above, the First Lady in paragraph three (last sentence) of the same statement described the allowance she's refunded as "unofficial." This should tell you that she was not talking about the Gh¢33,270 monthly salaries recommended by the emolument committee. 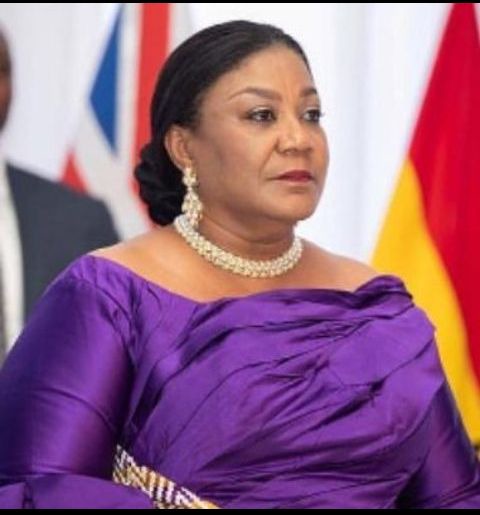 Beyond that, the Trade Union Congress (TUC) has indicated in a press statement that the first and second ladies had started receiving the monthly salaries as Cabinet Ministers and the same have been backdated to January 2017. This is captured in paragraph 5.

"Salary arrears dated back to January 2017 have since been paid to the wives of President Akufo Addo and Vice President Bawumia, by the Committee's recommendation as approved by Parliament." the TUC statement said.

So which money has she refunded?

What she refunded is the existing "unofficial" monthly allowance that all first and second ladies of Ghana were entitled to since the advent of the 1992 Constitution. She refunded Gh¢899,097.84. She had been in office for 4years six months (that's 54 months). So, if you divide the total amount she refunded by 54 months, you will get Gh¢16, 649.96. Is that equivalent to what the committee recommended? No!

Take note, nobody in Ghana had raised questions about the monthly allowances for our first and second ladies. That's not the bone of contention. The bone of contention is the newly approved Gh¢33,270 monthly salary (equivalent to the salary of a Cabinet Minister) which according to TUC, she has collected for the past 54 months.

The committee report which recommended the payment of salaries to the first and second ladies is being implemented by the Akufo Addo government. The Emolument Committee is (by law) always set up in the fourth year of every President, and their recommendations are approved by Parliament/Executive and rolled out from the beginning of the following year. As we speak, all article 71 officeholders are being paid according to the recommendations of the committee.

So, the first and second ladies had started receiving their Gh¢33,270 monthly salaries with all the accompanying benefits from January 2021 and the same backdated to January 2017. This amount runs into millions. So, refunding the "unofficial" allowance meant that she had received double emoluments.

TUC said the Gh¢33,270 monthly salaries had been backdated to 2017 and paid to them already. The money the First Lady refunded was not the backdated monthly salary but the "unofficial" allowance. What this meant was that even though they had been receiving the "unofficial" allowance since 2017, they still went ahead to receive the backdated salary as recommended by the committee. What can be more criminal?

This is the calibre of people we are dealing with. What's even more offensive is the attempt to conceal the whole truth with the payment of this token (the "unofficial" allowance). What's the total amount involved? The backdated monthly salary of Gh¢33,270 with monthly benefits worth Gh¢98,000, + yearly Xmas bonus (4 months salary) worth Gh¢133,080 × 4yrs, + ex-gratia (16 months salary) worth Gh¢2,129,280. We are talking about over Gh¢7million but she chose to refund only the "unofficial" allowance of Gh¢899,097.84 to 'fool' the uninitiated.