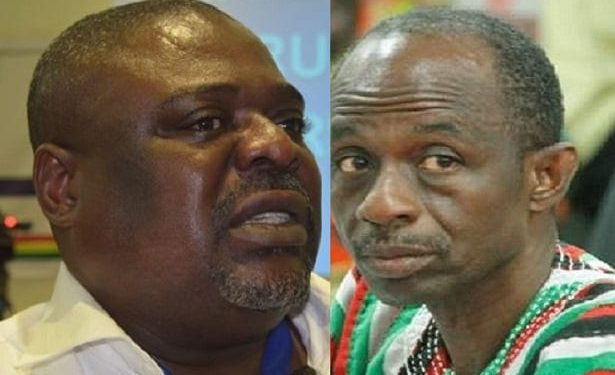 It appears as though, the former Deputy General Secretary of the National Democratic Congress, Koku Anyidoho still feels bitter and is finding it hard to move on after he was expelled from the party. What is increasingly becoming obvious is the fact that he still has some affection towards the party in which he rose to become one of the most powerful men at the Presidency during the tenure of the late former President, John Evans Atta Mills.

Mr. Koku Anyidoho has struck once again and he continues to take aim at the General Secretary of the National Democratic Congress, Johnson Asiedu Nketiah. What is even more surprising is the fact that he draws in former President John Dramani Mahama and indicates that, he did not hate the latter but worked for him. 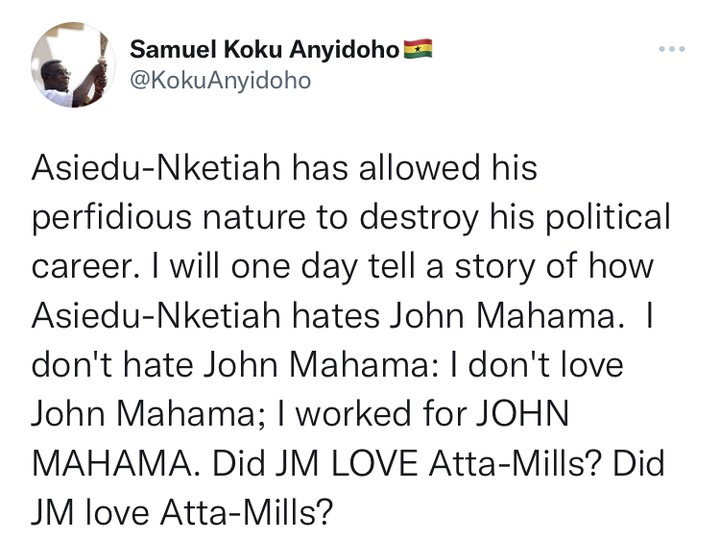 Samuel Koku Anyidoho has been asked in the past if he loved John Mahama and he neither responded or denied but insisted he worked for him. At this point, there is no clear indication of why he would draw John Dramani Mahama and Professor John Evans Atta Mills into his supposed banter with General Mosquito.

In another tweet, the CEO of the Atta Mills Institute served notice to the effect that, an ultimatum he gave to General Mosquito is up and that he was now going to realize the latter could not abuse the constitution of the NDC.

The battle line has been drawn between Koku Anyidoho and General Mosquito and only time would tell where it ends. It is speculated that there are some bigwigs within the NDC who do not support the expulsion of Koku Anyidoho and are in full support of his actions behind the scenes.