What Prophet Nigel Gaisie Said About The State Called " Umuofia ".

By L-Update (self media writer) | 7 months ago 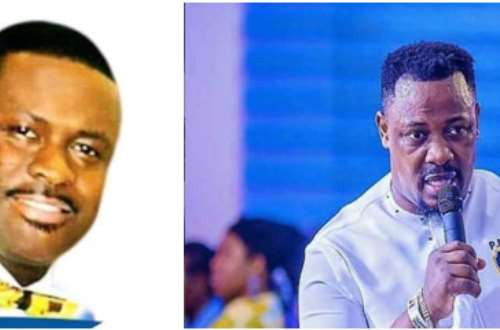 The NDC Propaganda Prophet Nigel Gaisie during his prophecies on the 31st night of December 2021, cowardly spoke about a state called” Umuofia” but all that he said about the state of Umuofia was obviously about Ghana.

Nigel Gaisie must be arrested and prove to Ghanaians how Ex-President John Mahama Killed Ex-President Mills because Umuofia is a “Fictional Village” in a Book Called “Things Fall Apart” authored by Chinua Achebe. But even if Umuofia exists, it isn’t a country, therefore cannot have a president who could have been murdered by his Vice. Umuofia simply means “Nigel The Mafia!”…

Nigel Gaisie must be arrested!

It is apparent that some so-called “men of God” have defied the Police caution concerning the giving of death prophecies.

Although the Police issued a Press Release cautioning these prophets about 31st Night death prophecies, a person like this fake prophet Nigel Gaisie decided to use what he considers as a “smart” way to still give his usual despicable false prophecies to cause fear and panic.

Every well-meaning Ghanaian will attest to the fact that Nigel deliberately chose to replace the name of Ghana with “Umoufia”.

On the 2nd of January just this year, Nigel granted an interview to Kofi Adoma of Kofi TV. In this interview, Nigel made it obvious that the land called “Umoufia” is Ghana.

Any reasonable man could draw the necessary inference that the land “Umoufia” which Nigel referred to is the nation called Ghana. A review of the video of Nigel Gaisie’s 31st-night prophecies and the video of the interview with Kofi TV leads to one irresistible conclusion, that Nigel Gaisie breached the caution of the Ghana Police Service.

He gave more death prophecies during his 31st night (December 2021) service, and among which was that a former first lady of Ghana may die. He also made it clear that the Head of State of Ghana may kick the bucket through the machinations of his Vice. These among others amount to causing fear and panic. As a country, Ghana must be seen as a serious nation, and as such, must not allow Nigel Gaisie and his acolytes to escape the full rigours of the law.

Nigel must be picked up by the police and dealt with by the laws of Ghana. He must explain the prophecies well, since there is no country called Umuofia anywhere on this earth. We as a people must not be caught ball-watching as Nigel seeks to dribble us cheaply. Our sobriety must not be taken for granted.