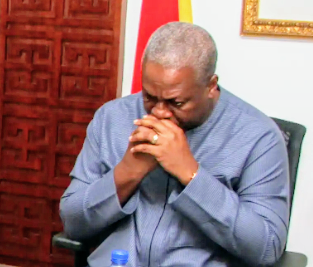 After the party's defeat, they made a number of allegations as the reasons for their failure to wrestle power from the NPP government. Although they had earlier prayed the Supreme Court of Ghana to annul the declaration done by the country's Electoral Commission, their effort in that regard proved futile. Several executives of the party have afterwards expressed their disagreement with the court's ruling.

But a former staunch member of the NDC party and former flagbearer hopeful, Stephen Atubiga has expressed his discontent with how the party is being run by its current leadership. According to him, the NDC is now a party that is controlled by people who have money instead of people with passion and love for the party.

The opposition party was formed by the late former president Jerry John Rawlings in 1992 as a party that goes with the masses, the poor ordinary Ghanaians. It was formed on the principles of Equality, Transparency, Probity, ad Accountability, but now it seems these founding principle have been relegated to the gallery by the party's current leadership. Stephen Atubiga is therefore very much concerned.