By JudaGh (self media writer) | 1 month ago 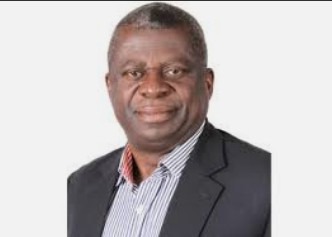 Baah was born on 17 November 1959. He hails from Kumawu, a town in the Ashanti Region of Ghana. He is a product of the University of Ghana (UG). He holds a Bachelor of Arts degree in Economics and Political Science from the university. He acquired the degree in 1986. He is also a product of Lincoln's Inn in London. From there, he acquired a Bachelor of Law in 1997.

Baah is a lawyer by profession. He was the director of Denwest Legal Consultancy Services in London.

In 2008, he won the general elections on the ticket of the New Patriotic Party for the same constituency. His constituency as part of the 34 parliamentary seats out of 39 seats won by the New Patriotic Party in that election for the Ashanti Region. The New Patriotic Party won a minority total of 109 parliamentary seats out of 230 seats. He was elected with 15;217 votes out of 26;980 total valid votes cast. This was equivalent to 56.4% of the total valid votes cast. He was elected over Ohene Kwasi Agyemang of the National Democratic Congress, Yaw Opoku Mensah of Democratic Freedom Party, Kofi Adu Poku of the Convention People’s Party and Dominic Oteng an independent candidate. These obtained 4,278, 174, 191 and 7,120 votes of the total valid votes cast. These were equivalent to 15.86%,0.64%, 0.71 and 26.39% respectively of the total votes cast.

Baah is a Christian. He is a member of the Methodist Church. He is married with two children.