If the national security have done this, then Akufo-Addo is a listening president [Opinion]

Not long ago, there was an issue that popped up when Citi FM's journalist, Kaleb Kudah was arrested for taking videos at the National security headquarters while operations were ongoing. With respect to this, there was heavy security personnel at the presence of the media house to take away Caleb and his other lady colleague.

Many Ghanaians condemned the act of arresting the journalists and also sought justice for them. The brouhaha became intense as Caleb disclosed that, the officers assaulted him by slapping him and a whole lot. The general manager of Citi Fm even came out to condemn the act that was instituted against his workers. 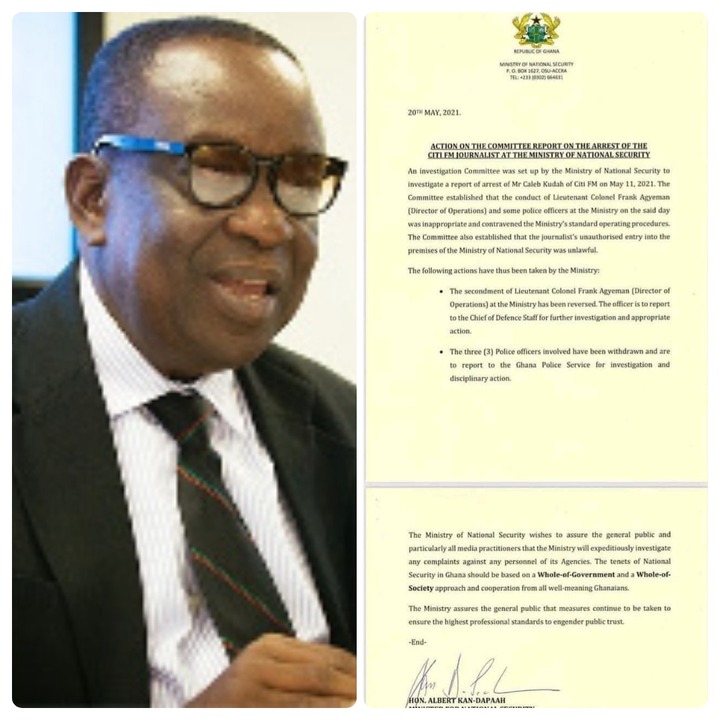 After several twist and turns, there was a release on the 20th day of May, 2021 that, four security officers that were involved in the arrest and assault of the journalist have been sacked. Lt. Col. Frank Agyemang and other 3 officers have to meet the disciplinary committee and answer some questions. Though the statement indicated that, the entry of the journalists into the presence of the security premises was unlawful but that shouldn't guarantee the officials to met such act to them.

The statement was signed by the Minister for National Security, Honourable Albert Kan Dapaah and accepted the fact that, what transpired between the officers and the journalist was wrong. If the government have taken this action under the administration of President Akufo-Addo, then it means he is a listening president.

The NDC Minority demands another round of vetting for these Deputy Ministerial nominees.

"You Just Go There And Make Your Argument And The Matter Will Be Determined" - Dr. Ayine Told.