He Was Denied Access To His Wife: How Wealthy Aggrey From US Was Painfully Detained Under Rawlings

By Ghana'sthirdeye (self meida writer) | 4 days 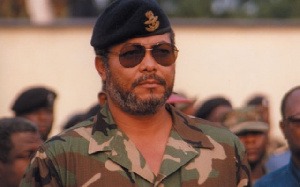 It was strongly allegedly and opined those days that certain groups of Ghanaians in the diaspora were fighting secretly in a very intense manner to kick against Rawlings' Administration. Though it was not totally established by many governance experts under his regime, some wealthy Ghanaians who lived abroad were mostly detained upon their return to the country. The authorities were of the opinion that majority of them were dissidents (people who were rebelling against the Government), hence, the need to detain them and stop them from manifesting their intentions. 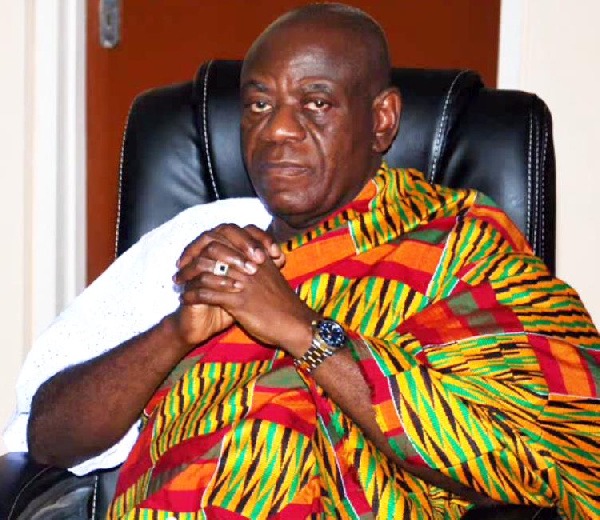 In May 1990, Richmond Aggrey, a businessman with dual citizenship(Ghanaian and American) who was at the time returning to Ghana from the US was arrested and detained. Though no explanation has been given for his detention, it has been rumored that in cases as such, wealthy detainees are coerced to pay their way of detention. For almost a year, no one, not even his lawyer, was permitted to visit him. It was only in April of the year 1991 that he got the chance to see his wife. In October 1991 however, he was finally uncharged.

He was not the only one in this hot soup. Major Courage Quarshigah, who strongly advocated for the return of the Civilian rule was also detained. He was perhaps seen as a threat to the Government. Agnes Quicoo, a mother of a Police Officer was also detained for similar reasons. 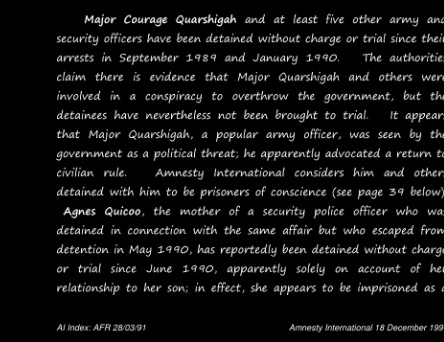