Issues with land guards in Ghana over some time now has taken a different dimension. Many people in most developing communities have experienced the wrath of these land guards especially Kasoa and its environs. 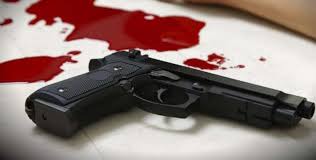 It was reported from Awutu Bosuoko and Gomoa Fetteh in the Central Region that an exchange of bullets which took place between construction workers who were attacked by a group of armed land guards has led to injury of one land guard who is lying in a critical condition now.

Reports from the Ghana Police Service in Senya Bereku, the construction workers were on the site working when these land guards who were four in number came on motorcycle impouded and ordered them to stop work on the land which they refused.

The District Police Commander in Senya Bereku , ASP Kingsley Asirifi Asante, who reported the incident about the clash said that the land guards attacked the contractors with arms and opened fire on them.

He said unaware of the land guards, the construction workers whonhad powerful armunition on them, hence responded in equal measure, which resulted to the gunning down of land guard.