Iddrisu Musah (Musah Superior), a candidate for New Patriotic Party (NPP) national general secretary, has said that the incumbent national executives running for re-election should not be given the chance. 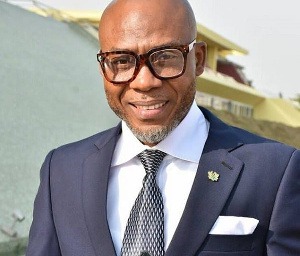 According to asaaseradio.com, he believes that the existing leadership, especially General Secretary John Boadu, has demonstrated that they are incapable of running the party's business and should be replaced with individuals who are qualified to lead the NPP.

He continued by saying that some current officials are continuously breaking the NPP's regulations by publicly endorsing candidates in the upcoming primaries, which is causing some strife within the party.

In my opinion, the General Secretary in place at the moment, John Boadu, and all other officers, should resign. They aren't functional in my opinion. There are, in my opinion, smarter and more knowledgeable individuals who would serve the party in that capacity more effectively.

"We need strong, aggressive leadership that will enable us to work more effectively and cohesively toward the party's objectives." This party was founded on altruistic principles. We may now observe political officials expressing their support for individuals. This is careless and threatens the party's coherence and unity, he said.

Six people have picked up application forms to run for the job of general secretary, including Musah Superior.

On June 20, 2022, the six candidates underwent an examination. On July 15 through July 17, 2022, the Accra Sports Stadium will host the National Executive elections.