He made this revelation on TV3’s “New day” show with host Johnny Hughes.

After the Cape Coast High Court declared the Assin North Constituency Parliamentary elections null, void and ordered the MP not to hold himself as such, many were of the expectation that, the Electoral Commission would go ahead to announce a date for the by-elections. 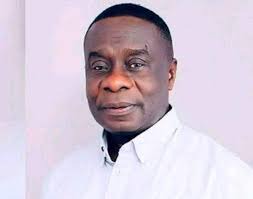 As it stands now, it appears there’s still some “mileage” to go.

Per Rockson Dafeamekpor’s explanation, Honorable James Gyaakye Quayson is still an active member of Parliament and would be partaking in business of the house tomorrow.

”Assin North Constituency still have an MP. Infact, he would be in the house tomorrow to take part in the business of the house. The point is that, a court judgement is not instantaneous. There are processes that the judgement must go through and the Honorable James Quayson also has avenues to explore in the matter. As at now, an appeal and a stay of execution has been filed and so the court order cannot take effect immediately”, he indicated.

The Cape Coast High Court annulled the elections of the Assin North Parliamentary elections. The Court in its judgement ordered the MP to stop holding himself as such and also directed to Electoral Commission to organize by-elections in the constituency. This happened after a citizen petitioned the Court raising concerns about the eligibility of James Quayson as a citizen of Ghana. It was alleged that, he held a dual citizenship. Per the judgement, James Quayson was not a citizen of Ghana as at the time he was registered to contest the elections.

The legal team of the legislator contest that, Honorable James Quayson had filed for a renunciation of his Canadian citizenship back in January 2019 but there was a delay in getting his renunciation Certificate but as at the time of elections and his subsequent swearing in as MP, he had his renunciation certificate which confirms his eligibility.

As it stands now, a higher Court is expected to make a final determination on the matter in the coming months. The probability of by-elections or not, remains even subject to the judgement from the appeal.