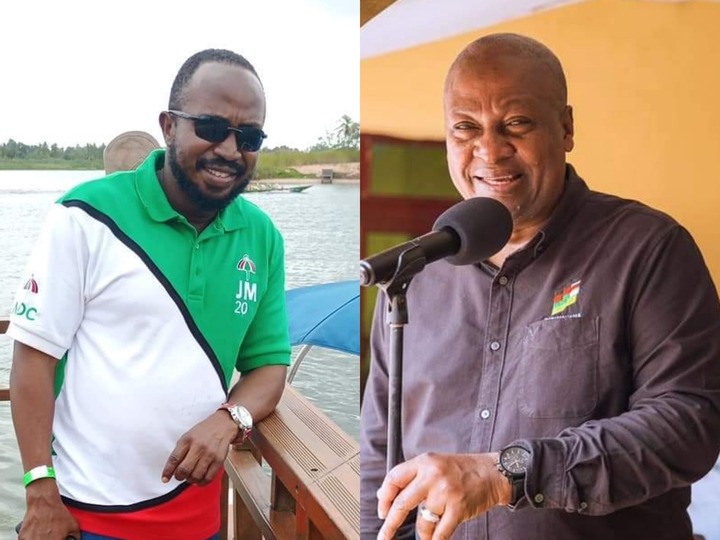 An ex-member of the opposition National Democratic Congress (NDC) Stephen Atubiga has thrown some shade at the former President John Dramani Mahama and the party executive over the ongoing Thank You tour across the sixteen regions of Ghana. The astute politician remarked that the exercise is simply unattractive and unproductive given that the core issues that led to the party's defeat and that of John Mahama has been shelved for what he described as a fan fair.

Mr. Atubiga indicated that the incompetence of the leadership of the party is the bane to the NDC's political fortunes, adding that the attempt to dissuade party people from the truth by blaming the Electoral Commission (EC) and its officers for their loss is rather shameful.

Mr. Atubiga who is now the founder of the National Liberation Congress (NLC) stressed that the continued blame game by John Mahama and the NDC against the EC for their loss in the 2020 election will make no difference in the upcoming election should they fail to address pertinent issues regarding leadership, and the party's election management system.

He added that John Mahama should focus on healing the grassroots from the wounds of the 2020 defeat by assuring of a better and enhanced system that places each party executive in a more responsive role. Mr. Atubiga mocked that the 'tea and biscuit' craze that caused an electoral officer to forgo his responsibility must not be repeated.

This was in reference to Rojo Mettle-Nunoo's confession at the Supreme Court about how the EC Chairperson treated him to snacks at the collation center. But Atubiga punched further that the youth and party people are expecting some convincing proof of how things could get better if they should vote for the NDC and John Mahama come 2024.

"The youth want to know how the NDC will reduce the fees to enable them also contest internally. The youth wants to know the capacity building the NDC will be offering them. The NDC should get their priority right," he emphasized.