As Ghanaians' quality of life worsens, the country's economy continues to be deteriorated. The opposition National Democratic Congress was the group to initially sound the alarm. In fact, some economists made references to this, but the ruling administration asserted that everything was OK.

In fact, the nation's leaders had to make a U-turn and flee to the IMF at the last minute. By the end of the year, the institution is anticipated to assist the nation. Many Ghanaians are dissatisfied with their living circumstances and frequently demand improvement from the government.

Ghana's inflation for August was 33.9%, and many predict that when the September figures are revealed, it will be above 35%. Interesting enough, the Ghanaian economy has been downgraded by the World Bank, Fitch, Moody's, and Standard & Poor's. Ghana's debt to GDP ratio is currently forecast to reach an appalling 104%, raising concerns about how far the country's economy has fallen. 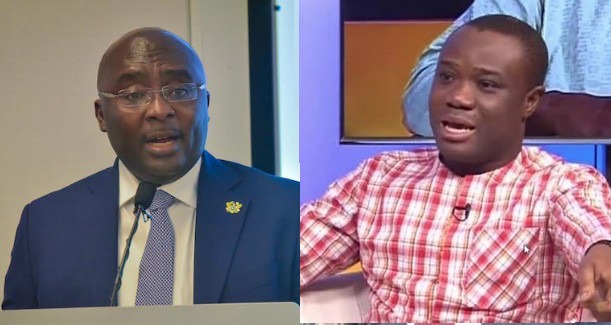 Felix Kwakye Ofosu, a former deputy minister of communications, blamed Vice President Bawumia for everything. He claimed that Bawumia, who prided himself on being an economic genius, had failed and needed to learn a lesson. His main point is that Ghanaians ought to vote against him in the 2024 elections.

Despite the fact that Bawumia hasn't yet been chosen to lead the NPP, many believe his chances are better than those of Alan, and many NDC communicators continue to attack him harshly and criticize his work as the team's head of economic management. Felix contends that Ghanaians should dismiss Bawumia's justifications for Covid-19 and the conflict in Ukraine and Russia, which are not credible.

Bawumia may not just be targeted by the NDC as a result of the cedi's decline. Professor Steve Hanke, an economist at John Hopkins University, has added that Bawumia is more of a promoter for the development of problems than a problem solver.

It's interesting to note that the president has lauded Bawumia on a number of venues and believes he is the best candidate to lead. The real question, though, is whether John Mahama is a better alternative.