Founder and leader of United Progressive Party, Akwasi Addai Odike has indicated that the NPP have over the years taken the people of the Ashanti region for granted and he blames no one but the people for that predicament.

Akwasi Addai Odike made this assertion when he was having a conversation with Nana Aba Anamoah on "Starr Chat" on Starr FM.

The former Presidential aspirant spoke on a wide range of topics including the economy, security, the "missing excavators brouhaha" etc.

He expressed his dissatisfaction with the current President and indicated that he is very disappointed. He accused the President of failing to punish individuals who have been found culpable of an act. Odike further reiterated that there was no equality before the law and that there is such much culture of impunity under this government. He accused the President of micro-managing most of the state institutions. He said the current economic situation in the country is very excruciating.

In the course of the show, Nana Aba Anamoah asked Odike whether Kumasi has changed.

" Kumasi is retrogressing. If you consider the infrastructural deficit, even comparing to Accra, you would come to the conclusion that Kumasi has been deserted" he reiterated.

He blamed successive governments for failing to do enough to develop the Ashanti region.

Further asked by the host whether the NPP has done so much in the Ashanti region since it is their stronghold, he said;

" Not at all and they have performed far below the expectation of the Ashantis. It is their own mindset that is giving them this kind of service from the politicians because if you tell the whole world that even if the NPP bring a goat in their colours you would vote for them, they would definitely take you for granted because they know whether they perform well or not, they would get your vote". 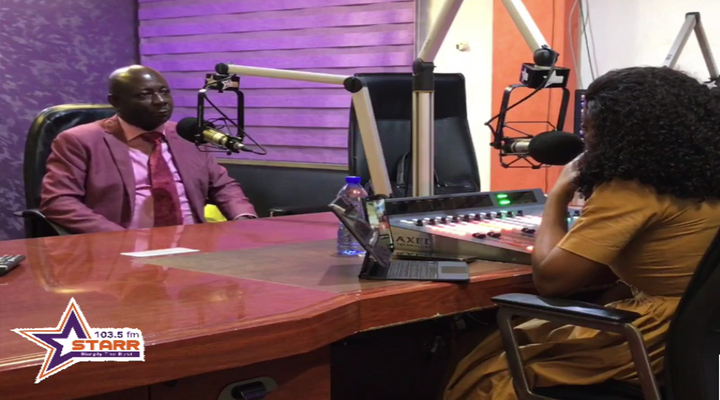 He admonished the people of the region to hold the NPP accountable and not allow the party to continue to take them for granted. He expressed optimism that he would one day become the President of Ghana.