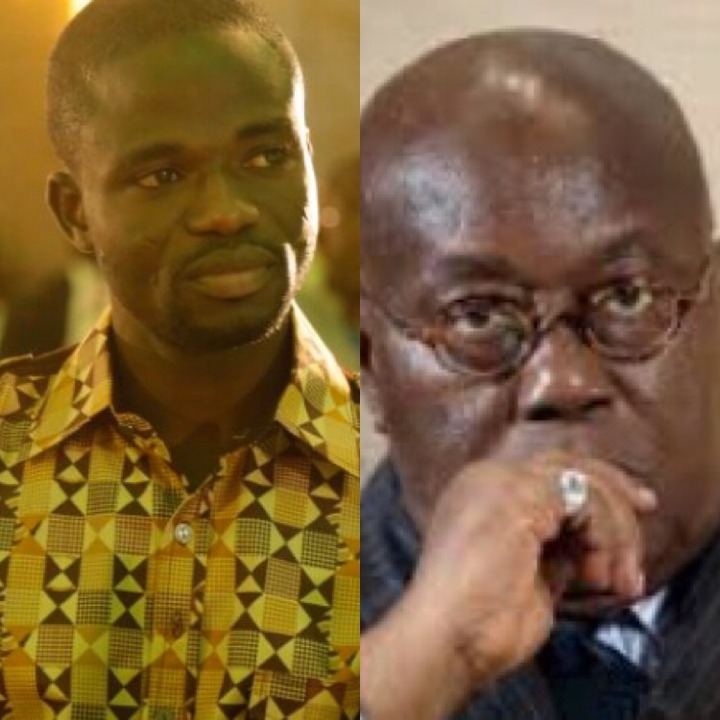 The health minister, Dr Kwaku Agyemang Manu has recently been in the news after word broke out that the Health Minister lied under oath in parliament over payment of Covid19 vaccines.

Whilst speaking in parliament under oath, the Health Minister, Dr Kwaku Agyemang Manu unexpectedly admitted that, he never thought through his final decision when accepting the Sputnik V vaccines hence its complications.

With respect to this, both politicians, journalists and Ghanaians as a whole have come to express immense concerns over the issue whilst some claimed that the Minister should be thrown out of office for lying to Ghanaians under oath.

Speaking on the alarming issue, the popularly known award winning freelance journalist who has landed lots of government officials in prison due to his anticipated controversial investigations and anti-corruption reports has finally come out to share his immense opinions and thoughts on the alarming issue.

Whilst addressing these issue, Manasseh Azure made it clear that, it wasn’t right for the Health Minister to boldly lie under oath in parliament over the payment involved in the Sputnik V vaccines.

In addition, the popularly known journalist shared his thoughts on whether the Health Minister should be sacked from office or not.

According to Manasseh Azure, since President Akufo-Addo appointed the Health Minister into office, the President has the final say on whether to sack Dr Kwaku Agyemang Manu or not.

Surprisingly, Manasseh Azure concluded his statement by highlighting that, President Akufo-Addo should sack their Health Minister since he was the sane person who appointed him into office. 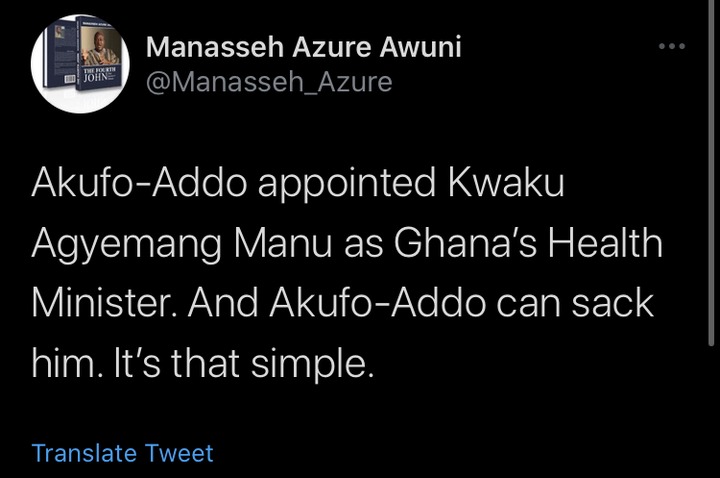 Do you think the Health Minister should be sacked for lying under oath in parliament over payment of Covid19 vaccines even though others believe otherwise?

I Don’t Mind Going Back to Jail; Father-in-Law Threatens the Man About to Marry His Daughter.