The news item that has dominated various news portals is the LGBTQ bill. As a country, the argument is torn between the preservation of our cultural practices and protecting the right of a minority group. The LGBTQ Bill which is currently before Parliament is a move by selected Members of Parliament aimed at giving legal backing to the country's quest to eradicate what the majority of Ghanaians consider alien to our cultural practices.

The Promotion of Proper Human Sexual Rights and Ghanaian Family Values Bill, 2021, was introduced in parliament on Aug. 2 and is expected to go before lawmakers for debate in October. But the bill has come under severe criticism from some law experts in the country and various international human rights groups. A coalition of lawyers led by private legal practitioner, Akoto Ampaw has presented a counter-argument that the proposed bill is an affront to the basic rights of lesbians, gays, Bisexuals, Transgender and Queer, and others. 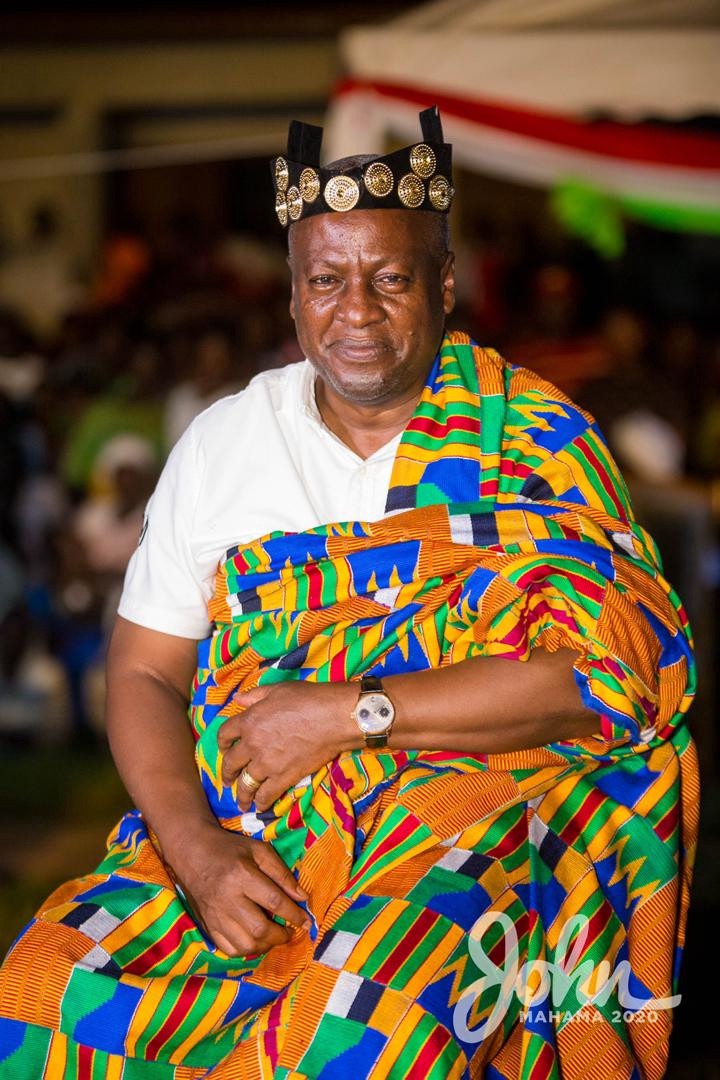 Meanwhile, Clergymen, comprising Christian and Muslim leaders storm the Parliament of the country, to petition the lawmaking body to pass the bill. They further threatened to vote against any Parliamentarian who will vote against the passage of the bill.

Amid the controversy that surrounds the LGBTQ bill pending Parliamentary debate and approval or otherwise, pressure is mounted on the President to come out with his stance on the issue. While the public awaits eagerly for Nana Addo's stance on the LGBTQ bill, John Dramani Mahama's 2016 statement about LGBTQ cause a stir online.

According to the post, the former president John Dramani Mahama stated categorically that, LGBTQ is against the tenets of all the religious groups in the country. The statement was shared by Yayra Koku, a pro-NDC social media journalist. 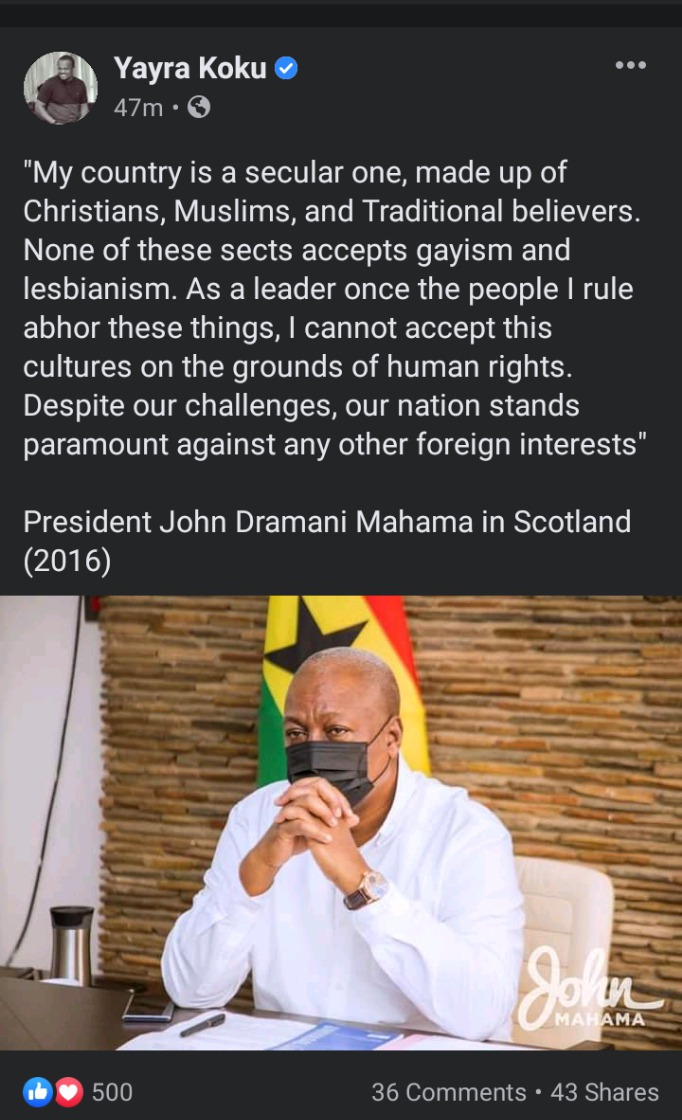 84,000 Immigration Forms Were Sold Last Year But Only About 500 People Were Recruited-Johnny Hughes