By K.TeeDeWriter (self meida writer) | 10 days

The outspoken captain smart has not only being on the neck of the current president, Akufo Addo for no mean reason. He has on countless occasions stated categorically that he (Captain Smart) is a proud NPP member who loves his party as well as the president. But he criticize Akufo Addo for surrounding himself with ministers and people who are feeding him with wrong information about the nation's current situation. Speaking today on Onua TV's maakye morning show, the controversial journalist boldly stated some of the ministers of this government are the worst ministers the nation has ever had. He made particular reference to the Defense minister, Hon Dominic Nitiwul and the Health minister. According to him, these two personalities has no clue on what goes on in their respective sectors and for that matter deceive the president by giving him false reports which is totally different from what's actually on the ground.

He advised the president not to be dependent on only what he is been told by his ministers, but should take it upon himself to go down himself to see the actuality. He revealed former president Kuffour was one person who never considered only what Hus ministers reported to him when he was president. But he go behind his ministers to see things for himself. 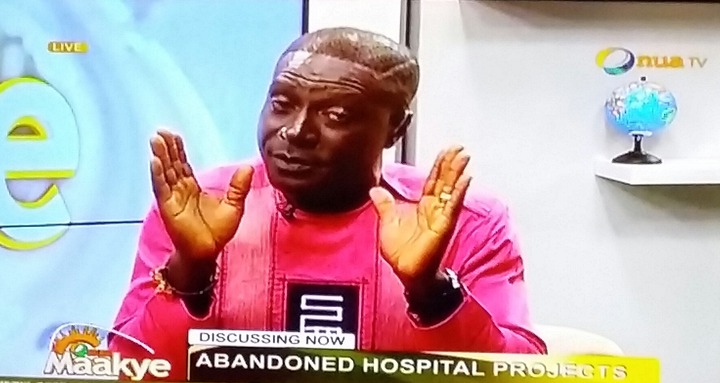 "Old man forgive me for saying this live on air. I once remember president Kuffour during his days as president, sneakily woke up one night as late as 2 am and went to Kumasi from Accra with a taxi just to see what he could do at Asafo to curb the traffic there. He then went straight to the residence of Dr Richard Anane, who was the then MP for Subin constituency to plan an interchange to be constructed at the same area. Dr Richard Anane was surprised to see the president coming to his place as late as that time, but that is the mark of a good leader" he revealed. He then urged Akufo Addo to emulate what Kuffour did if he really want to be on too of his game else his lazy ministers would make him the worse president ever.

Do you think the current situation in the country are as a result of the president's own incompetence or that of his ministers as captain smart is insinuating?

Check Out Some “Ways” to Impress Your Husband.