The lawmaker, known for his brutal frankness has in the past few days been in the headlines for many reasons. His continuous on air banter with ace journalist Abdul Malik Kwaku Baako and political show host, Captain Smart has been a major talking point for many media outlets.

He does not hold back from anyone or institution he feels is doing something that does not go well per his assessment. Agree with his stance or not, he seems not to care about what others think, once he believes he is right.

Because if this , he has as many lovers as he has those who disagree and detest him.

There was a twist to his submissions recently. As it is known, he is a regular guest on two shows which air on his television station. These are the ‘Seat’ show and the ‘Attitude’ show. Whiles the former is political and often heated, the ‘Attitude’ show is often calm and work-centered.

In one of the episodes, he spoke about the lack of opportunities available for Ghanaian youth once they get out of school. He lamented about how the youth have to indulge in vices because they had to survive and how it hurts him so much. Sighting an example of his daughter who graduated from one of the best universities in the United States, the lawmaker touched on how his daughter, graduated on a Saturday and by Tuesday she had started working.

Juxtaposing that to what the youth in this country go through after school, he said he felt so guilty and wished something far better can be done in the country than it is now in that regard. 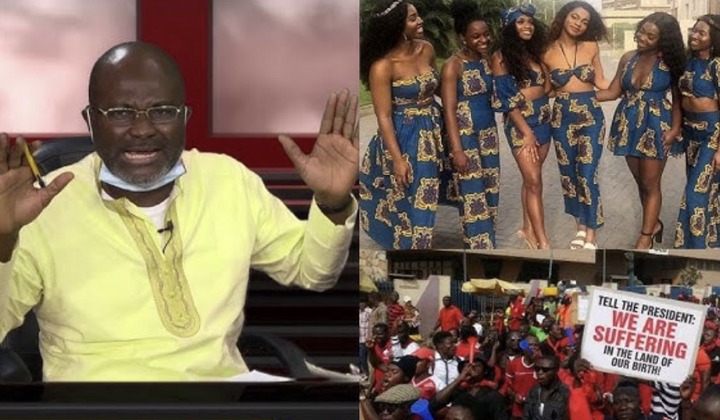