The Parliament of Ghanaians has always been in the spotlight for good and bad reasons. Fingers have been pointed at them for the Presidential spouses salary brouhaha and no matter how hard they try to explain to vindicate themselves, the more fingers are pointed at them. 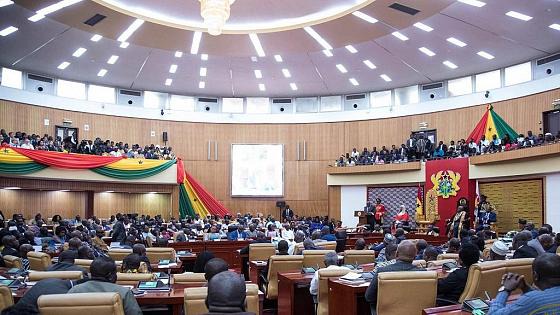 The Parliament of Ghana approved a recommendation by the Emoluments committee to regularize allowances or salaries paid the first and second ladies. The committee also indicated that they take same salaries as Ministers of state.

Few days after public uproar on the matter, the minority in parliament dissociated itself from the approval and began to question the legality of the recommendations. 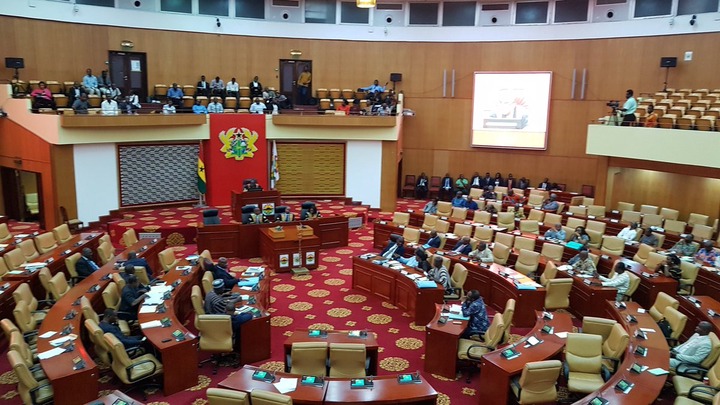 The deputy minority leader in parliament, Honorable Muntaka Mohammed granted an interview this morning on Neat Fm and indicated that, the minority MPs, including some majority MPs did not read the report of the emoluments committee before approving same. 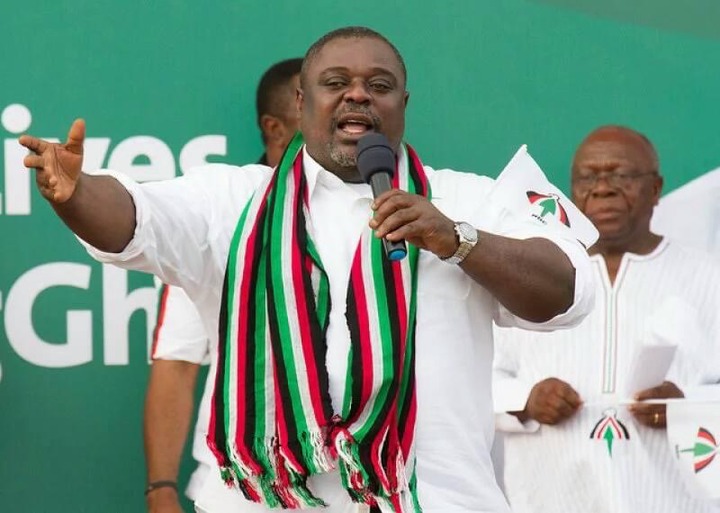 This has irked the former deputy general secretary of the National Democratic Congress, Mr Koku Anyidoho and he has advised Ghanaians to direct their anger at parliament for their lack of reading.

He also blamed the rise of judgement debt in the country on the lack of reading by members of the legislative arm of government.

Taking to his Facebook page, he wrote; “If Ghanaians are angry at the attempt to pay salaries to 1st and 2nd ladies, the anger should be directed at Parliament since we are now being told by MPs that, they did not see nor read the report before approving it. The judgement debts also rise because of same lack of reading”. 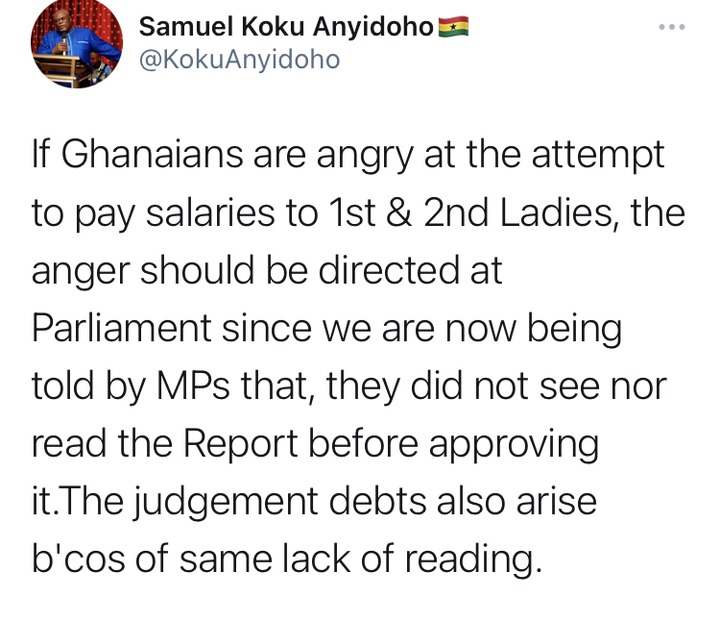 The Chief Executive Officer of the Atta Mills Institute also expressed his shock on the claim by the deputy minority leader that, the report was not seen or read prior to its approval. 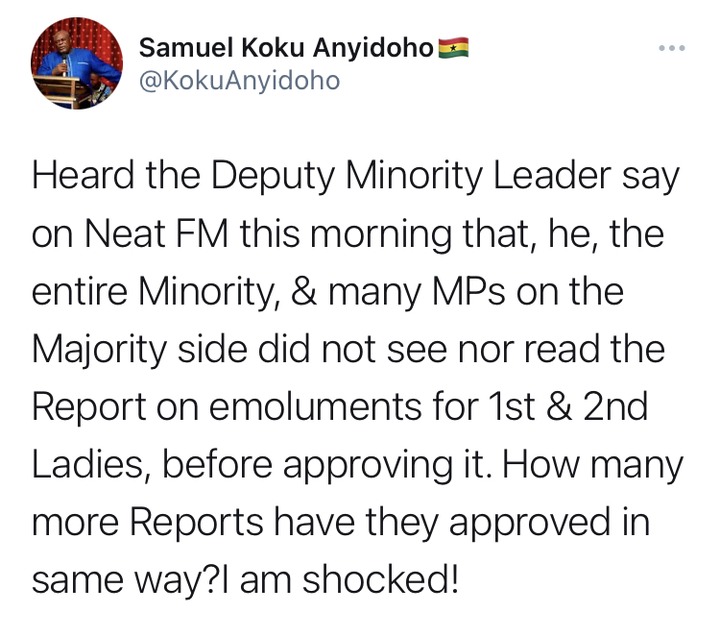 Meanwhile, the First Lady has refunded all allowances paid her since 2017 and has served notice of her intentions to decline all future allowances.

There have been calls by some members of the New Patriotic Party for former First Lady, Lordina Mahama to do same or risks being demonstrated against.