Just In: Nana Addo speaks about the Coup d’etat in Guinea 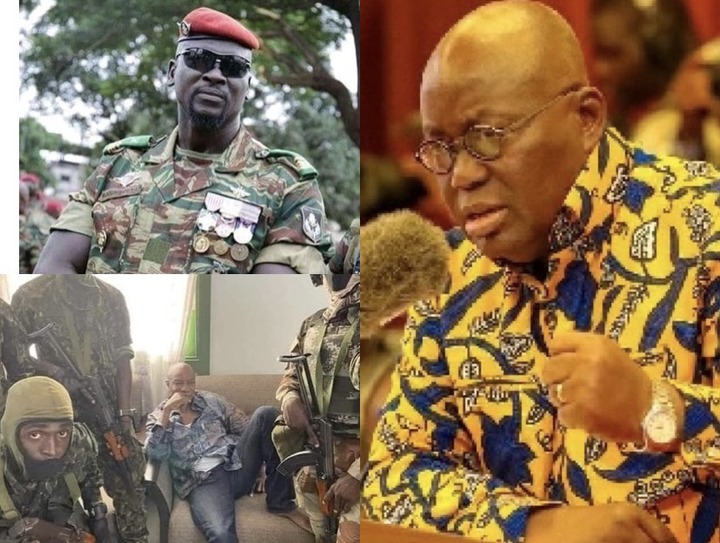 The republic of Guinea is under some stress resulting from the recent coup that was initiated by the military in this country. We have witnessed and experienced coup in all forms and had no idea that these practices could be seen again or anytime soon in Africa. Coup is mostly conducted when another set of government officials or people eyeing the presidential seat in many counties decide to overthrow presidents through military regime. After this attempted coup by the military in Guinea, some pictures and videos have surfaced which tells the general public about how the whole issue went down.

Aside this, many people think it’s disgraceful and an act of barbarism on the path of the soldiers. This has also been countered by persons who feel there was the need to remove the president from office since according to them he didn’t instill the democratic form of leadership that the people of Guinea deserved in his leadership. This has raised a lot of concerns with international bodies involving themselves and taking about the ongoing issue. 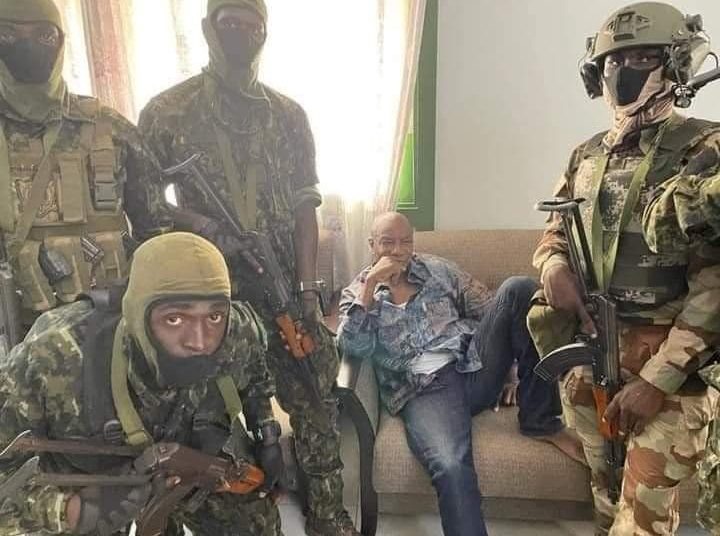 The country whose parliament has been dissolved is capable of suffering so many hardships since the abled men and women managing all affairs have been suspended in the presidential offices and other government related sectors. The president of Ghana, his excellency Nana Addo Dankwa Akufo-Addo has expressed his views as well as what the ECOWAS thinks about this. Being the ECOWAS chairman, there was the need for his addres and he has given the address perfectly well. 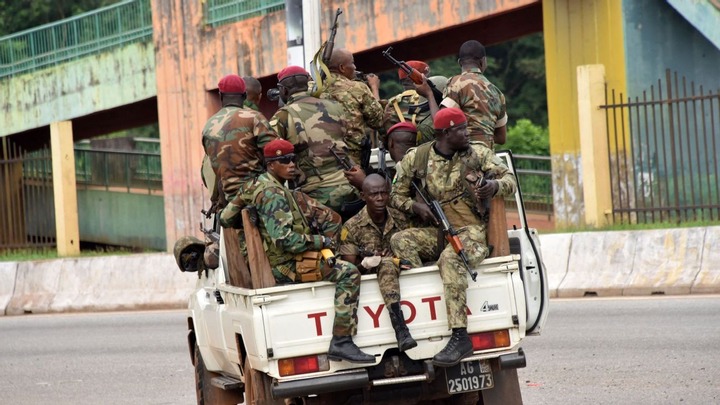 It was obvious in his statement or address that he was displeased and so is the ECOWAS. The attempted coup by the soldiers or military men is something we least expected from them in these times. Was this necessary? And what was the main reason for taking this step? A video circulating online reveals that the president refused to talk and was not in possession of any arms. 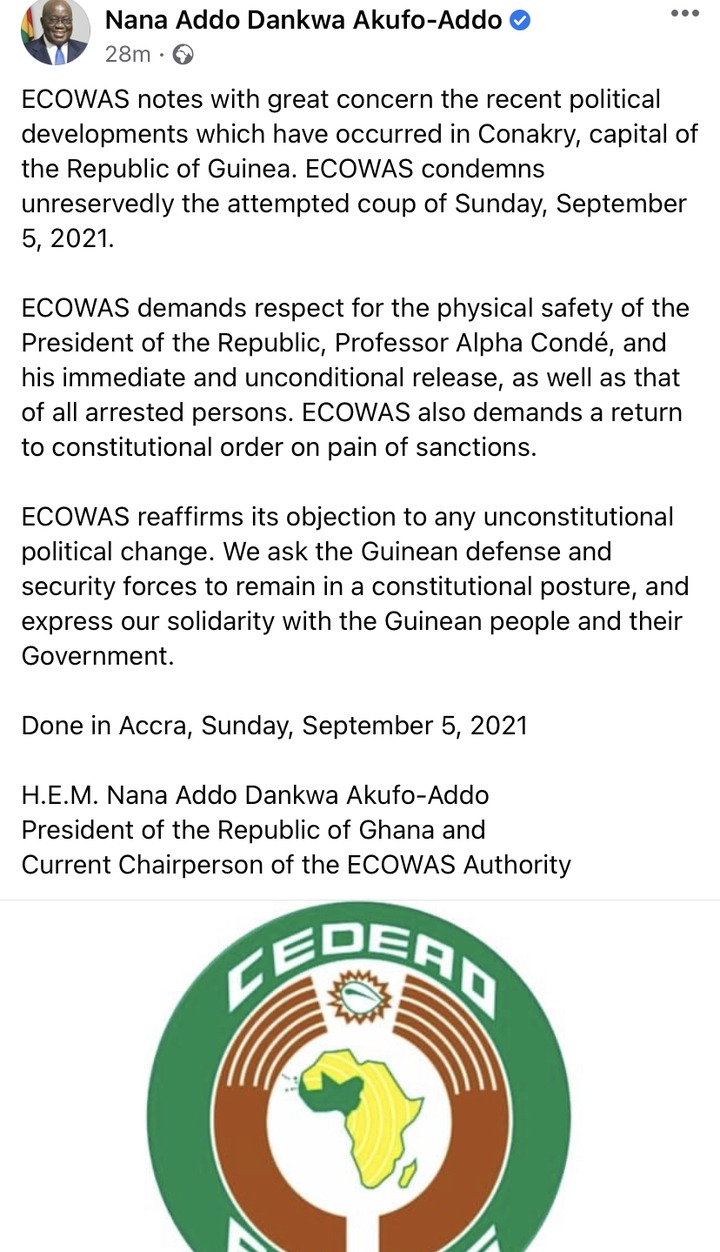