By Cylvianews (self media writer) | 1 year ago

The story of Lot's wife was a significant one which shows the wrath of God to the disobedient.

The Book of Genesis describes how she became a pillar of salt after she looked back at Sodom. Lot’s wife disobeyed God's warning by watching the destruction of Sodom and was punished by being turned into a "pillar of salt" while her husband, Lot and their daughters escaped.

This particular bible story was told countless times in church, it's always used as a reference story to warn the disobedient and "people of the world", I mean, those driven my material things.

Just in case you missed this story, maybe because you're not a Christian or you didn't attend Sunday school in church; Whichever way, this is a little summary of the story. 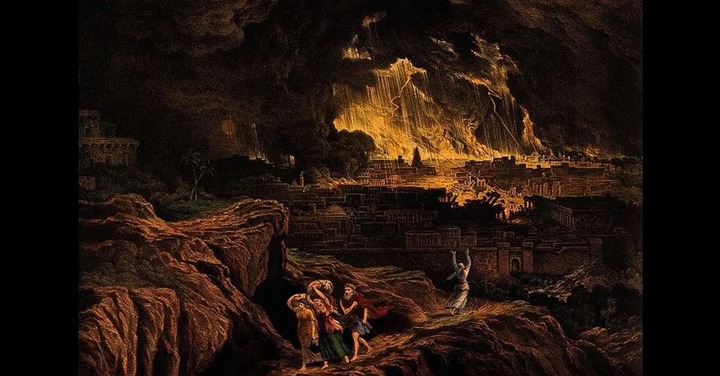 Lot was considered a righteous man but was forced him to separate himself from Abraham because of the lack of resources for both their stock and resources. While Abraham dwelled in the land of Canaan, Lot choose the land closest to Canaan, Sodom.

The land of Sodom was known to be filled with wicked men, great sinners against God, according to the Bible (Genesis 13:13).

Two angels in form of men appeared to Lot and warned him to leave the land as the land was to be destroyed, After much hesitancy and his home being physically confronted by the men of Sodom seeking the angels, Lot and his family finally made the move to escape.

They were instructed by God through the Angels, to never look back and don't stop anywhere in the plain as the City is going to be destroyed forever. As they escaped from Sodom, on their way, Lot's wife looked back and was punished for her disobedient. She immediately turned into a pillar of Salt.

There are lots of lessons to learn from this story but that's not for today.

More than 1000 years after the incident, the researchers in Isreal claim to have discovered the desert where Lot's wife turned into a pillar of Salt. 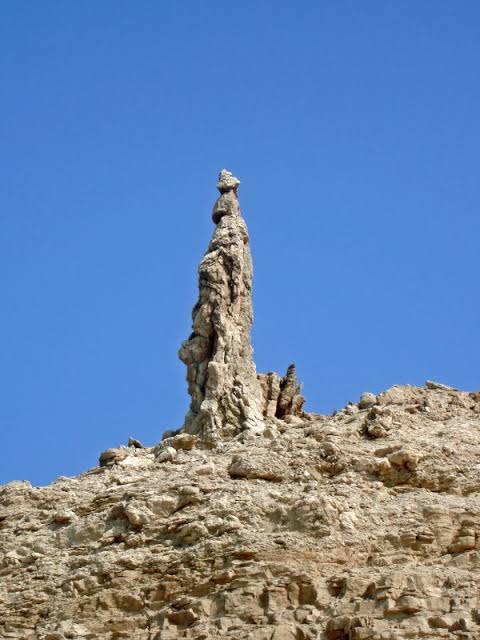 As a child, whenever I saw salt, my mind immediately feels guilty for tasting lot's wife (pillar of Salt).

The statue (pillar of salt) was found near the Dead sea by the researchers.

Please share this article if you found it interesting.

Personally, I don't know how true this is because this statue looks bigger than an actual human being. Though from my bible story cartoon, The pillar of salt did not take the same shape as lots wife. It's kind of confusing. 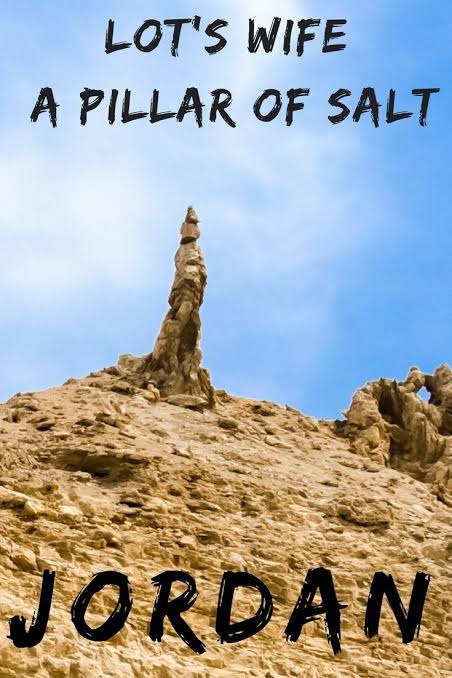 Do you really think this pillar of salt found is Lot's wife?

I really want to know your opinion to at least clear my confusion.

Content created and supplied by: Cylvianews (via Opera News )