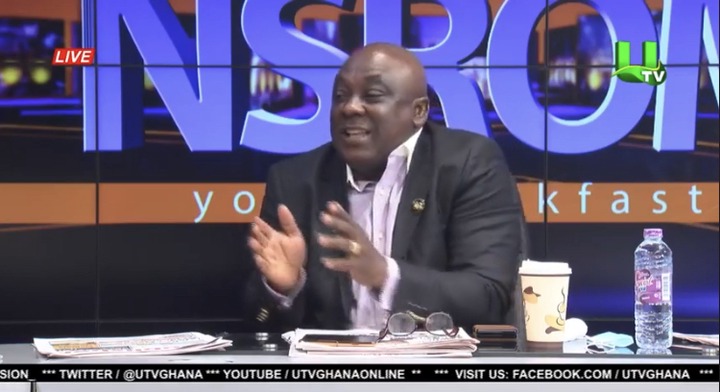 The member of Parliament for Tema West Constituency, Kingsley Carlos Ahenkora has stated that the New Patriotic Party fully support the anti-LGBTQI+ bill sponsored by Sam Nartey George and other members of Parliament.

He made this statement on UTV’s Adekye Nsroma show during a panel discussion on the subject matter yesterday, October 11, 2021. He said even though the New Patriotic Party, together with its members of Parliament support the bill but there is still a long way to go before the bill is passed into law.

There are concerns that some Ministers and members of Parliament may vote against the bill. Some people have even suggested that every member of Parliament must be made to state their position on the matter or conduct a transparent election so that any member who voted against or for the bill can be identified.

” I understand the concerns some Ghanaians are expressing but let me assure them that the New Patriotic Party and members of Parliament fully support Sam George’s bill. No MP would dare vote against the bill but we must all be patient because there is still a long way to go before the bill is finally passed. As I sit here, I don’t even have a copy of the bill because we are yet to be given copies and then go through, deliberate on it, amend where necessary before it can be passed into law so Ghanaians should be patient” he said. Carlos Ahenkora further reiterated that LGBTQ is alien to Ghanaian culture and customs and so therefore, Parliament would do its part to ensure that such act is not allowed in society.

He commended Sam George, the member of Parliament for Ningo-Prampram constituency and the other seven members sponsoring the bill.

The anti-LGBTQI+ bill is currently before Parliament and it is expected that processes to pass the bill into law would be initiated as soon as sitting resumes in few days.