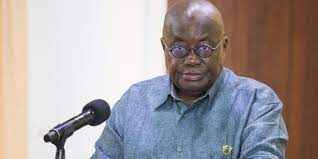 President Akuffo-Addo has dismissed calls for him to reshuffle his appointees, especially Ministers of State.

The President while speaking in an interview in the Northern Region, said that his satisfy with the performance of his appointees

He explained further that persons asking him to reshuffle are either jobless or members of the opposition NDC who just want to destabilize his administration.

With this as the premise, we want to test the President's claims to see whether they are with merit or otherwise.

It is a known fact that several leading Members of the opposition National Democratic Congress (NDC) have been calling on the President to sack what they describe as his “Incompetent Ministers”.

As a matter of fact, former President Mahama, flag bearer of the NDC in the last three elections, has tasked President Akuffo-Addo to reconstitute his Economic Management Team (EMT) and sack the Finance Minister, Ken Ofori-Atta, cousin of the President.

While some members of the NDC may be jobless at the moment and doing everything possible to win the next election and then get occupied with running affairs of the country, it will be farfetched for anyone to suggest that because they are seeking to assume the reigns of leadership their calls for reshuffle is meant to destabilize the current administration.

In this regard, the verdict is that President Akuffo-Addo overstretched the issue, making his claim of destabilization fanciful and maybe misleading.

It’s not surprising that the President himself laughed when he made that comment in the radio interview in Tamale.

Aside from the NDC, several other well-meaning Ghanaians including even members of the New Patriotic Party (NPP), the President’s Party, have also added their voices on the need for a reshuffle.

Citizen Kofi is one of such people who have called on President Akuffo-Addo to sack all non-performing appointees.

Aside from him, a leading member of the New Patriotic Party (NPP), Kwabena Agyapong, former General Secretary of the NPP, has charged the President to change the face of his government by bringing in new people on on-board.

Few weeks ago, an NPP affiliated group calling itself Alliance for Footsoldiers Advocacy (AFFA), led by Sir Obama and Kamal Deen, at a press conference held in Accra, called on President Akuffo-Addo to reshuffle in his government to energise the economy.

While these NPP scribes may be seeking for an opportunity in their own government, Dr Kofi Amoah, known in other circles as Citizen Kofi, cannot be said to be jobless and so therefore making those calls to catch the eye of the appointing authority in government.

Citizen Kofi is a known business magnet, with many businesses to his name.

He is the Chief Executive Officer of Progeny Ventures International, and the owner of Global Access Savings and Loans Limited.

He is credited with bringing Western Union to Africa, and that for every amount transferred to Africa via Western Union, Dr. Amoah gets a certain cut.

Also, Kwabena Agyapong although out of government in his own Party’s government cannot be said to be jobless and looking for opportunities to work in the President’s administration.

He is a well accomplished civil engineer, broadcaster and reported to be currently engaged in consultancy.

In this regard also, the verdict is that President Akuffo-Addo’s claims that persons like Kwabena Agyapong and Dr Kofi Amoah are looking for jobs, hence their calls for reshuffle in his administration may be far fetched and partially untruth.

Member of Parliament for Nsawam want Kotoko to file protest against the refree.