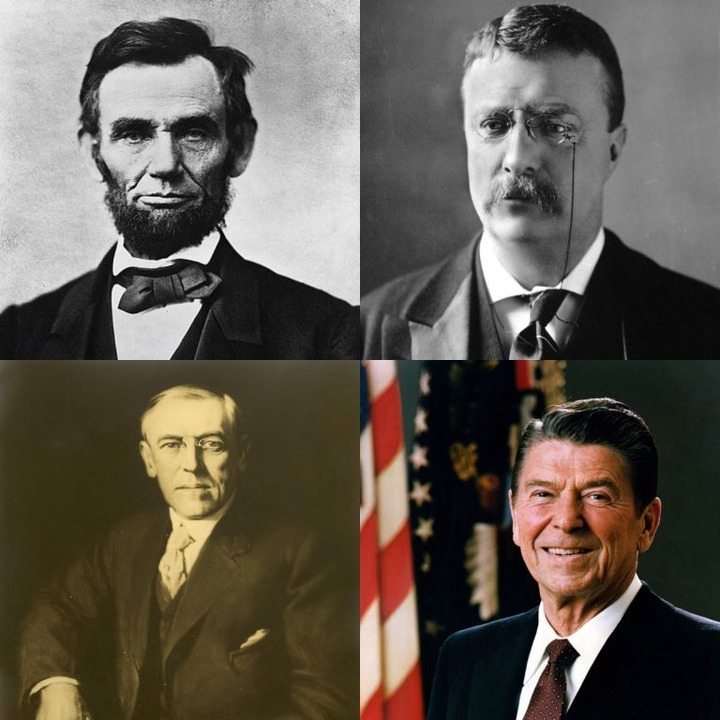 Presidents, although it may be difficult to believe, are just like you and me! While they may have more help accomplishing their day to day tasks, they still have to put their pants on one leg at a time.

Just like us, there have been presidents who have suffered from different eye problems.

Abraham Lincoln. Did you know that Honest Abe wouldn’t have been able to look at you straight in the eye, because he had strabismus? If you look closely at some photos of President Lincoln you will notice that his left eye tends to roll upwards.

Theodore Roosevelt. Theodore had a passion for boxing that even his presidency couldn’t stifle. During one of his many boxing matches while president, Teddy received a blow to the head that reportedly left him partially blind in his left eye. If the punch is indeed what left Roosevelt with partial vision, it probably would have been due to a detached retina.

Woodrow Wilson. Seven years before Woodrow Wilson would be named the 27th president of the United States he awoke one morning to find himself nearly blind in his right eye. The previous evening he had suffered a hemorrhage in his retina while he was sleeping. At that time there was no real treatment available other than to rest his eye for several months. It is believed that Wilson’s high blood pressure is what caused the bleed and damage. Luckily for Wilson he was able to come out of this situation with some of his vision still intact.

Ronald Reagan. Reagan’s terrible vision kept him from being able to join the military during World War 1. However, his poor vision didn’t keep him from playing football throughout high school and college. It has been documented that Reagan’s vision was so poor that he was only able to see about a 1 yard radius around him. As you can imagine, this disability lead to some issues on the field for Reagan. It has been said that during his football career he was often hit in the head with the football because he couldn’t see it coming towards him.