Ghanaian Politics is truly that type of politics people have continuously said that it is a game. Most people who understands the fundamentals of Ghanaian Politics will attest to the fact that, no Political Party especially the major ones in Ghana will want to lose in any election and hence has a way of persuading electorates to vote for them. Ghanaian musician, rapper and Political activist Kwame Asare Obeng popularly know by his stage name A Plus, has gone very hard on the ruling party and government. But has rather asked Ghanaians to apologise to former President John Dramani Mahama and his party for how Ghanaians blamed him when his government was not employing people in the public sector. A Plus with ex President John Mahama

A Plus came up with all these apologetic message after he heard and watched the current Minister of Finance Ken Ofori Atta say that, government payroll is full and hence unable to employ more people. 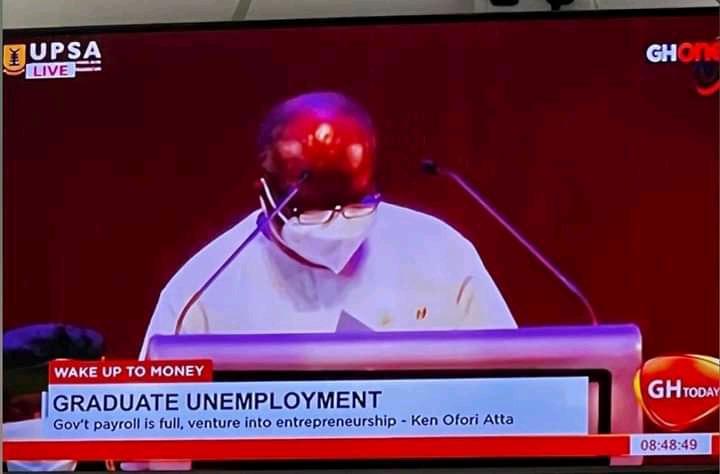 And this got him (A Plus) to post on his Facebook platform telling Ghanaians that former President John Dramani Mahama deserves a national apology because Ghanaians did not see this type of game the ruling party played on him and Ghanaians when they were seeking power in 2016.

A Plus wrote that, "We called John Mahama Incompetent because Government was not employing. Today we are being told that government payroll is full but nobody is incompetent. John Mahama deserves a national apology."

Below is the message A Plus posted on his platform about rendering or seeing to it that, Ghanaians give a national apology to John Dramani Mahama. 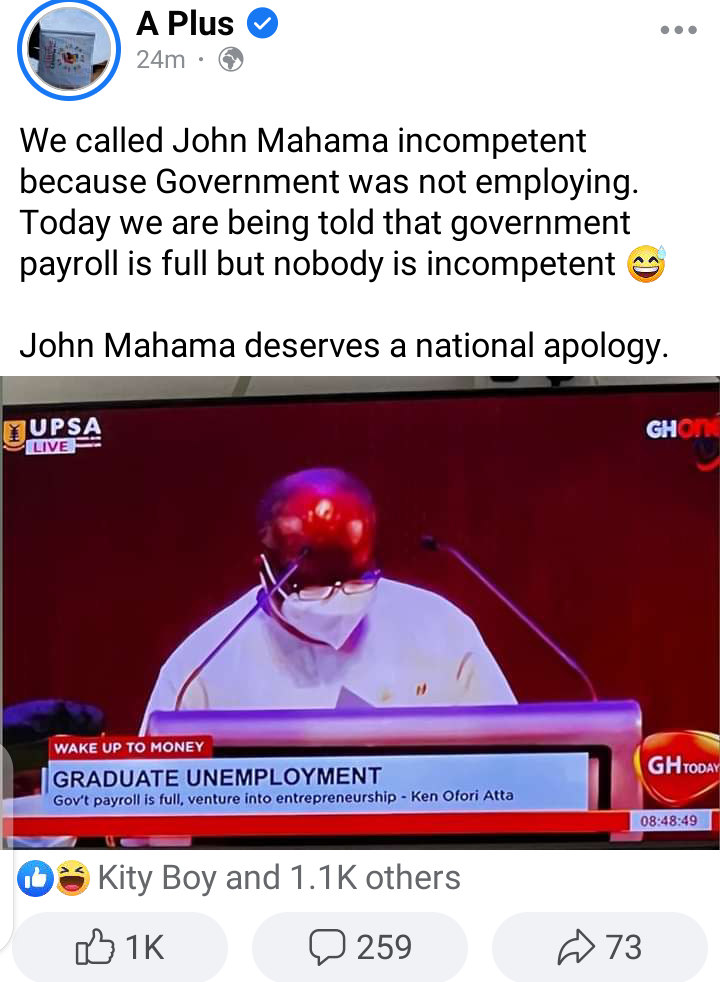 I do receive death threat from some supporters - Quiz Mistress, Elsie Effah Kaufmann