By Accraisback (self media writer) | 27 days ago 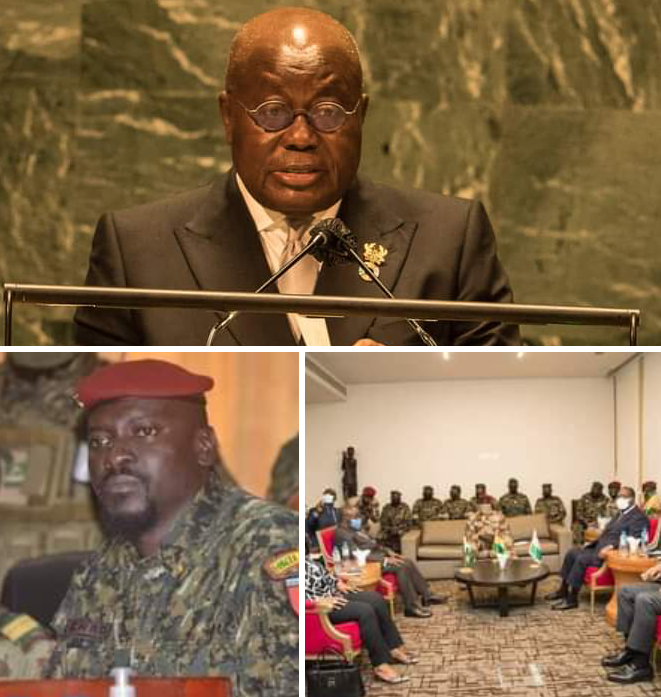 The new order in Guinea has noticed that the new constitution of his country will not be written by educated thieves parading themselves as lawyers.

Colonel Mamady Doumbouya, who seized power in a bloodless coup this month, has indicated that he has not assumed the authority of his country to make mistakes.

Unnamed Sources with the knowledge of information say Colonel Doumbouya and the ruling Junta were infuriated by lawyers who use expeditionary legal jargons to defend corrupt criminals and to help cling on power just like Alpha Conde extended his rule.

According to a document in the position of this blog that we cannot independently verify, read lawyers hereby are barred completely from the activities of the writing of the new constitution from start to finish.

Guinea national speaking on condition of anonymity told this blog, whatever the Constitution Colonel Mamady Doumbouya is destined with this new document is ostensibly to say, there will be no defense for thieves hiding under the law to rape the citizens of billions of dollars.

Meanwhile, the standoff between Economic Community of West African States (ECOWAS) and the National Committee of the Rally for Development, (CNRD, ruling junta in Guinea, is more than never launched.

Saturday, September 18, the day after a tense visit by two heads of state of ECOWAS in Conakry, who came to inform him in person of the decisions taken by the sub-regional organization against Guinea, Colonel Mamadi Doumbouya warned that he will not give in to pressure and that only the will of the people of Guinea counts in his eyes.

This Wednesday, September 22, 2021, the Ghanaian president who heads ECOWAS again called on the military junta which overthrew Alpha Condé on September 5, 2021.

Speaking at the United Nations platform, on the occasion of the 76th assembly UN General Nana Akuffo Addo reiterated the ultimatum ECOWAS gave to the junta.

“ECOWAS has given Guinea six (6) months for the restoration of constitutional order and has called for the immediate release of President Alpha Condé.

During my visit to Conakry last Friday, the military leaders expressed their willingness to proceed with his imminent release. We hope they will keep their word, ”he said.

“This is why Guinea and Mali, founding members of the Community, were suspended within the organization, pending the restoration of democratic governance.

We applauded the support of the United Nations, "said the incumbent president of the ECOWAS Conference of Heads of State.

“More than ever, we must defend democracy and human rights in the world. Over the past twenty-four (24) months, we have witnessed attacks on Democracy around the world, sometimes even in developed countries where we had assumed that a consensus on the form of democratic governance had been established," Notes Nana Akufo Addo.

Linda from Lebanon set the Internet on fire with her titanic buttocks. See her pictures