The Deputy National Youth Organizer of the NDC, Edem Agbana, has slammed the Minister of Energy, Mathew Opoku Prempeh (NAPO), for his statement that he will lead the Ashanti region on a demonstration if the Finance Minister includes the Keta sea defense into the 2022 budget. According to him, it gets very annoying and hopeless to listen to NAPO make such a reckless statement.

Edem Agbana made this statement on the 'New Day' program on TV3 this morning, 8th December 2021, when he gave his opinion on NAPO's statement.

According to Edem Agbana, it gets very annoying and hopeless to listen to a cabinet minister like Mathew Opoku Prempeh make such a reckless statement about including Keta sea defense into the 2022 budget.

Edem Agbana asked whether the decision about allocations and decisions taken about the welfare that affects the lives of Ghanaians are made by governments based on whose stronghold it is?

Edem Agbana indicated that if it was an issue of strongholds, former President John Dramani Mahama and the NDC wouldn't have renovated the Kumasi airport, and wouldn't have invested so much in education, markets, and all the other projects in the Ashanti region.

He revealed that because the NDC believes that every region deserves to benefit from the national cake, they made rational decisions based on the developmental needs of the people to undertake projects across the country. 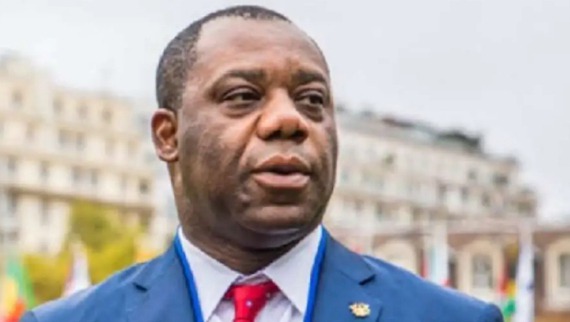 So, it is completely irresponsible and reckless for Mathew Opoku Prempeh to say that he will lead the Ashanti region for a demonstration if the finance minister includes the Keta sea defense into the 2022 budget.

Edem Agbana stated that the NDC was committed to the Keta sea defense project, so budgetary allocations were made, and phase one of the projects was completed under the NDC government.

"it was very myopic for a cabinet minister to think that because the Volta region is the strong hold of the NDC, when the NDC is not in power, Volta region doesn't deserve development."

Ghanaians Must Stop The Backlash On Nana Addo Dankwa Akufo-Addo