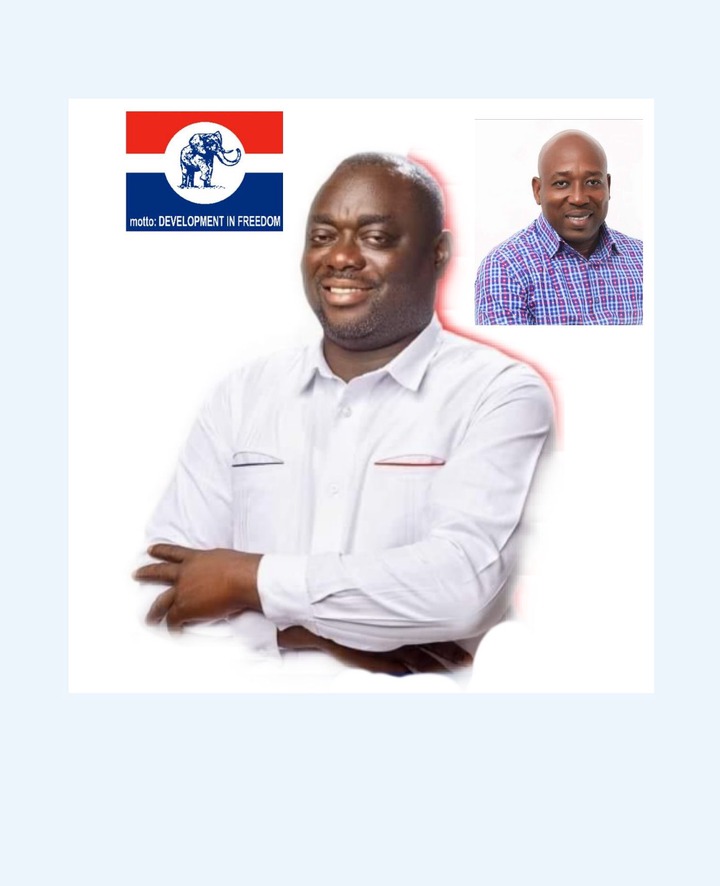 The NPP national delegates Congress is getting closer as the days go by even as a polling station and constituency elections have been done and dusted. Even though there were a series of alleged abnormalities, especially court cases that cloud the organization of the constituency election in the Volta Region.

It appears most delegate seems to be pointing their finger at the Volta regional chairman of the NPP, some also believe is time for him to move to the national level because has overstayed his position and there is a need for replacement of innovation and creativity, one that will increase the presidential candidate's vote including increasing the parliamentary seats in the Region.

However, Volta Region is not solid ground for NPP due to various reasons, especially the fact that it is acknowledged as the Vote bank of the NDC. 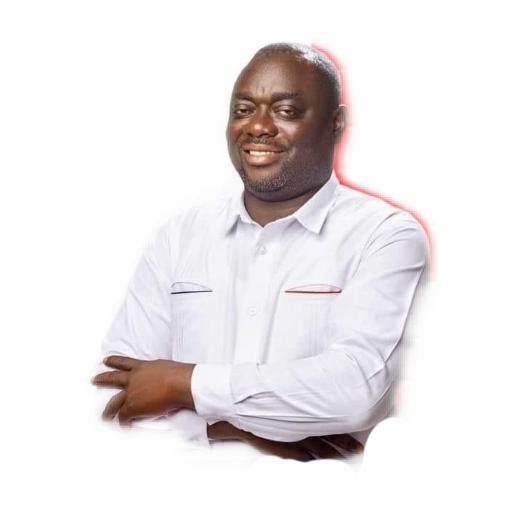 In reference, apart from one constituency's parliamentary seat at Hohoe which was won strategically by Hon. Amewu was helped by Mr. Joseph Homenya the incumbent Volta regional Secretary who played a serious role as the right-hand man. Volta Region has been a no-go area for NPP until recently when that mentality was changed at Hohoe. Most delegates believed is time for the story to change in every constituency in the Volta region, but most also believe that can not happen if there is no change at the constituency and regional level; in terms of Fairness, Justice, Unity, and sharing of party items to reach the the the grassroots.

Practically it appears the voting pattern at the constituency level in the Volta Region did not favor the cause of the incumbent Regional Chairman Makafui Kofi Woanyah. Because most of his favorites lost massively to their 1st Vice chairmen or anyone that contested them.

Even though it was alleged that there was a series of tactics most favorites of the incumbent Chairman to take out delegates who stood against their misdeeds (from the delegate's album); by unjustly hiding the nomination forms from them including schemes that triggered the disqualification of some contestants that poses threat to their staying in power, they still lost the election abysmally.

It was also alleged that the regional chairman incited some constituency executives and strongly backed them to demonstrate against the Regional Ministers for him to be kicked out of office, and this has brought serious disunity in the party in the region because those who rejected the Idea became targets to the favorites of the Regional Chairman Mr. Makafui Kofi Woanyah. 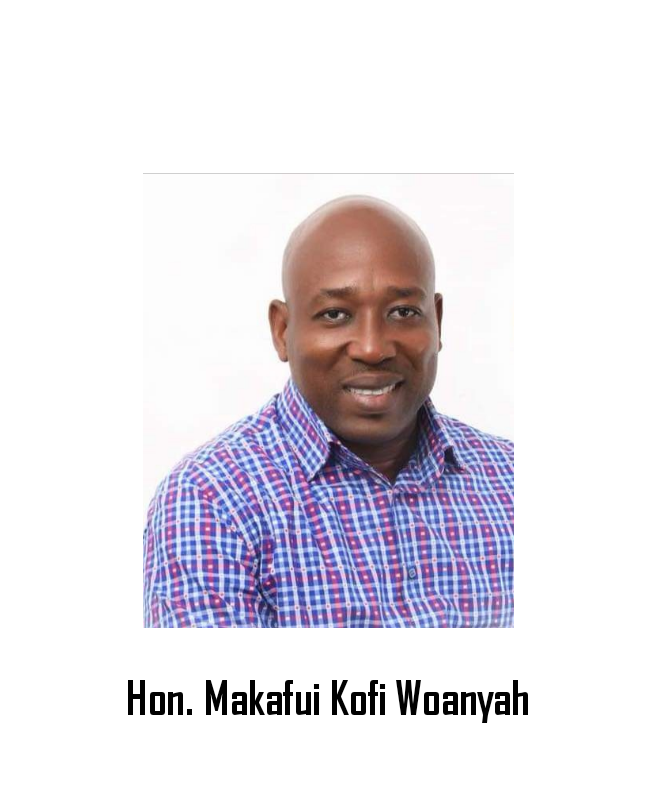 Now Mr. Hormenya Joseph popularly known as Joe Wallace, believe that it is now time for him to climb to the chairmanship position because both him (Being the Incumbent Secretary) and Mr. Makafui Woanyah have overstayed their position including the belief he will outperform him in that position.

On Sunday the 8th of May 2022, at Ho Residency, Mr. Hormenya a.k.a Joe Wallace (current NPP Volta Regional Secretary and Regional Health Insurance Scheme Manager who is competing for the Regional Chairmanship position) gave a heartfelt or touching message to all the delegates during the victory and unity party of Frank Ahaze (Hafoco) the Ho Central Constituency Chairman. 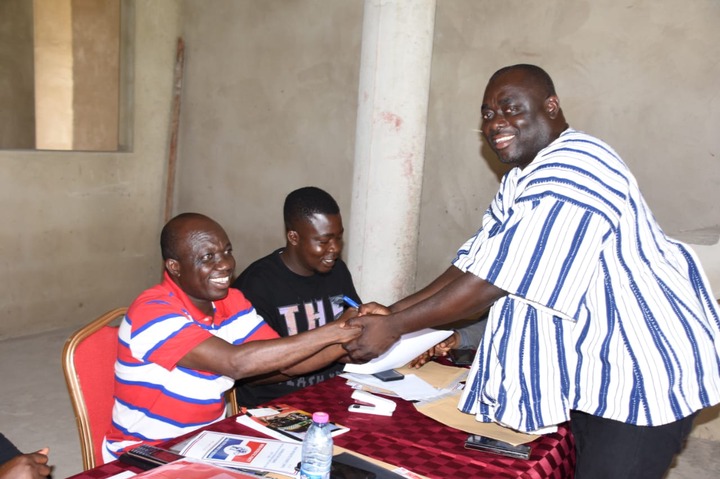 Even though there were invitations to the Municipal Chief Executive and The Regional Chairman (who supported the executives who lost the election) including the executives who lost the Election to honor the unity and Victory Party, however, they failed to honor the invitation. Because of this, most delegates expressed their disappointment when they were interviewed. Because it appears they are not willing to embrace unity which is important in the breaking of the 8.

Mr. Hormenya stressed the need for unity and peace in the Party which will facilitate progress and development in the lives of all the delegates and the region as a whole. He also pledges to facilitate peace and unity, lobby for the region, work hard to increase votes during the general election, and most importantly work hard to increase the number of Parliamentary candidates in the Region. 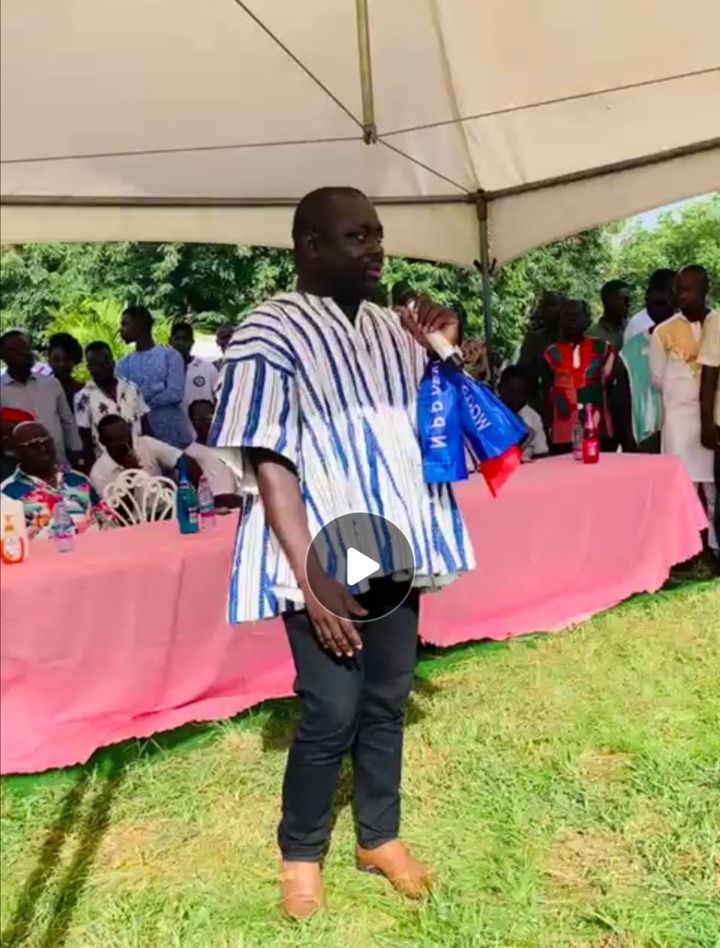 Joe Wallace addressed the polling station executives and the entire guest at the victory and unity party. 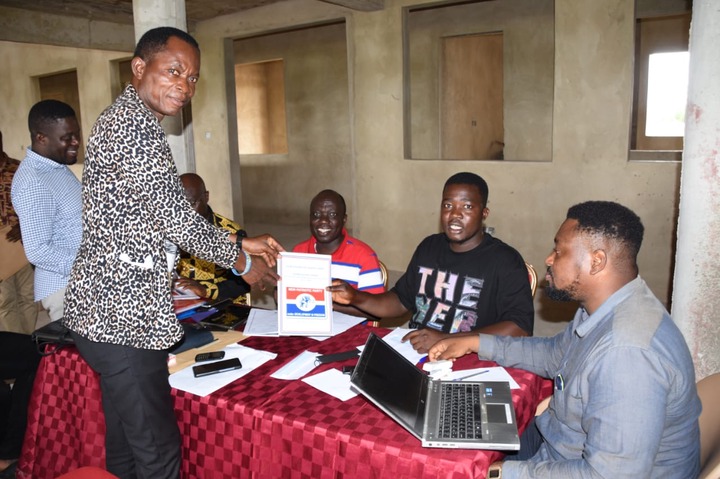 As it stands, even though Avuletey is also competing for the chairmanship position again, it is Joe Wallace (Joseph Hormenya) that appears the sure deal to oust Woanyah for the position of the Volta Regional Chairmanship according to a reliable Survey. 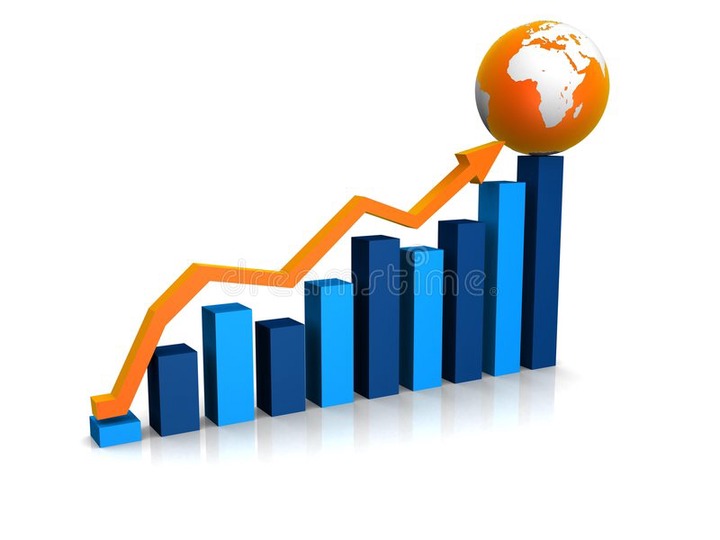 This election is very important as it will go a long way to determine the patterns of votes of the Volta delegates during the national delegate's conference.

Content created and supplied by: TheNews01 (via Opera News )