"You've Not Seen Anything Yet; The Results Of Defending People In Government"-A Plus To Atta-Mensah 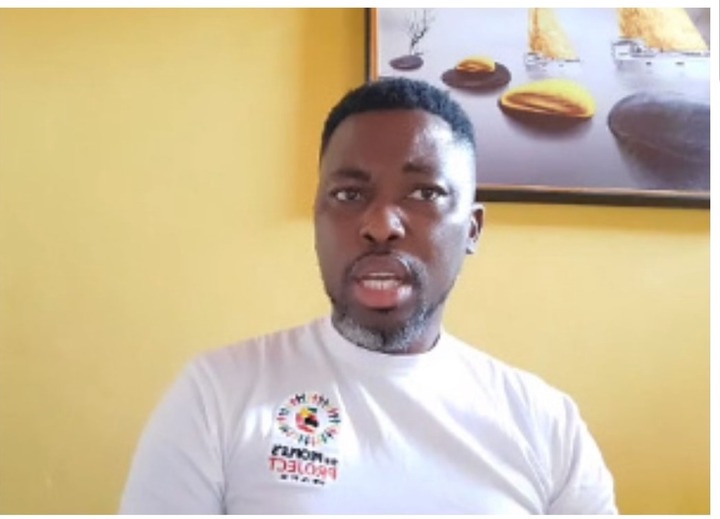 Kwame Asare Obeng aka A Plus has narrated how Citi FM published all sorts of stories about a claim he made about Korle Bu Teaching Hospital without a thorough investigation. According to him, he made a story that Korle Teaching Hospital oxygen plants had broken down. But Citi 97.3 FM did not probe into the issue but went ahead to write all manner of stories about his research.

The veteran Journalist and Managing Director of Citi FM, Samuel Atta-Mensah has reacted to diverse articles written by some journalists concerning the Caleb Kudah attack by the National Security operatives. Some journalists and politicians believe that Caleb Kudah did not follow the right channel in getting his reports at the National Security premises. 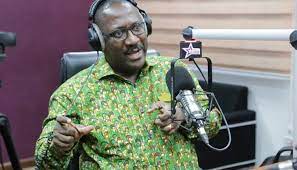 Some popular journalists reacted that the National Security premise is not any ordinary premise that a journalist can just enter without permission and start recording a video. Samuel Atta-Mensah then reacted to these criticisms of Caleb's case by saying political power has 'blinded' some journalists and politicians in this country. Because your government is in power, you believe that actions taken by your people are correct.

This is what he wrote on his official Twitter page:

"I have read some of the articles by some old politicians/journalists regarding the Caleb issue. All I can say is "Power is sweet"!. As for me, I believe all the stories about what they claim Rawlings did to them in the 80s. Bye-bye".

It was upon this comment that A-Plus 'attacked' the veteran journalist accusing Mr. Samuel Atta-Mensah and some workers of Citi FM of over-defending the administration President Nana Addo Dankwa Akufo-Addo. A-Plus said that, at a point in time, Citi FM seems to 'attack' every person that tries to criticize this government for their shortcomings but now that they have maltreated some of their journalists, they want the whole world to know that what happened was totally wrong.

A Plus added that Citi FM has got what they deserve. This is what he wrote on his official Facebook page: 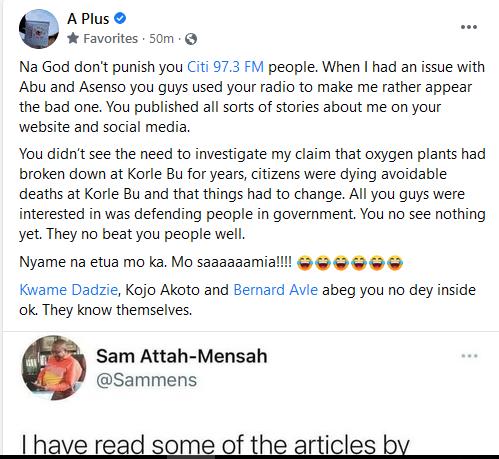 "It is God who has punished people Citi 97.3 FM. When I had an issue with Abu and Asenso you guys used your radio to make me rather appear the bad one. You published all sorts of stories about me on your website and social media. You didn’t see the need to investigate my claim that oxygen plants had broken down at Korle Bu for years, citizens were dying avoidable deaths at Korle Bu, and that things had to change. 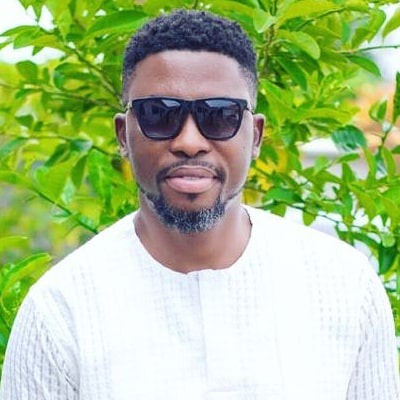 All you guys were interested in was defending people in government. You've not seen anything yet. They didn't beat you, people, well. Nyame na etua mo ka. Mo samia! Kwame Dadzie, Kojo Akoto and Bernard Avle, please you are not part. They know themselves".