President Nana Addo Dankwa Akufo-Addo is confident that the New Patriotic Party (NPP) will break the eight-year political rule cycle in the general election of 2024. 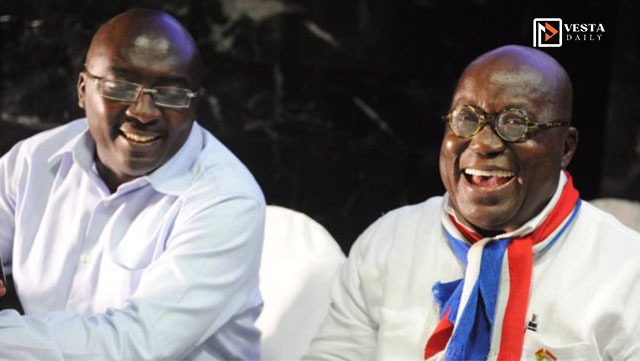 He claimed that if the government maintained its resolve and maintained the momentum of the ongoing development drive, it would be possible to accomplish that.

Despite the devastating effects of the COVID-19 pandemic and the Russia-Ukraine war on the economy, he pointed out that if the government remained focused and worked hard and refused to pay attention to "unnecessary comments," it would put the NPP in a good position to end the eight-year political cycle in 2024.

It's very likely that the eight can be broken. Many people overlook the fact that, when we lost in 2008, we came very close to breaking the eight, based on the vote margin. Overall, we fell 40,000 votes short. It shows that, if NPP pulls everything together, we can make history because that margin was so slim, he added.

In an interview with Nobya FM in Nalerigu as part of his tour of the North East Region last Saturday, President Akufo-Addo made this statement (August 6, 2022)

Speaking to the populace over the local radio, he stressed how crucial it would be for Ghanaians to support the NPP in 2024 because it is the "only political party with the ability to develop the country systematically."

He claimed that leading the party past that monumental obstacle while ensuring the stability and progress of the nation would be his greatest legacy.

"As a peaceful, united nation when I took office, Ghana is something I would like to leave behind as a legacy. In order to create opportunities for young people and maintain a very robust educational system, I also want to see Ghana grow rapidly once more, similar to the seven to eight percent growth rate we experienced during my first term in office "said he.

In ten years, he said, he would like for Ghana to be remembered for its expansion, growth, and strength during Akufo-administration. Addo's

President Akufo-Addo called for coordinated efforts to ward off potential terrorist threats from neighbouring nations in response to recent threats of terrorist attacks.

He warned the populace to be on guard and alert the security services to any suspicious individuals they may encounter.

Prior to beginning his tour of the area, the President paid a courtesy call on Nayiri Naa Bohagu Mahama Abdulai Sheriga, the Overlord of the Mamprugu Traditional Area.

Naa Bohagu Sheriga praised the President for launching a number of initiatives that were improving people's lives.

Additionally, he thanked the President for designating Zuweira Lariba Abudu, the MP for Walewale, as the minister-designate for gender, children, and social protection.

President Akufo-Addo visited the Chief of Yunyoo, Naa Dauda Yamyia Tooka II, at his palace as part of the tour.

Since You Didn't, This Is What They Will Also Do To You - Johnnie Hughes Boldly Tells Akuffo-Addo