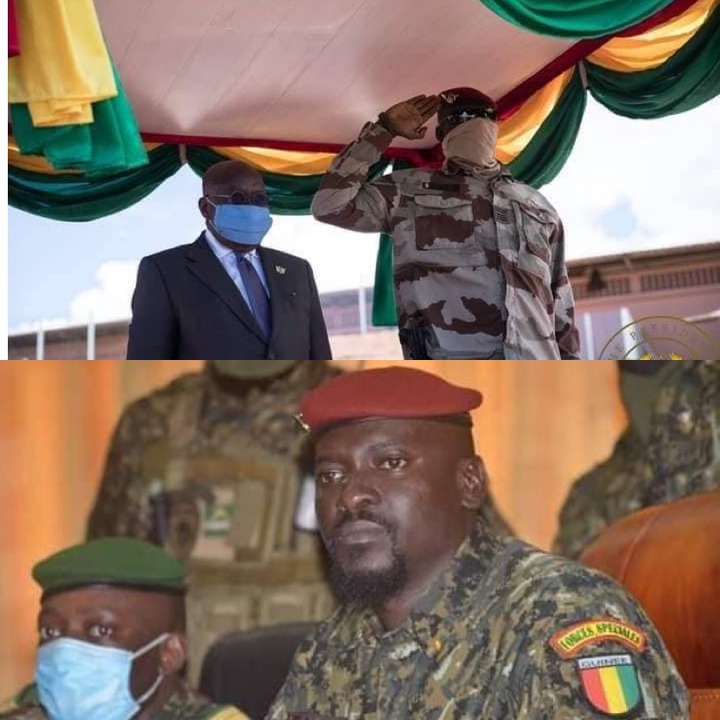 The president of the Republic of Ghana, his excellency Nana Addo Dankwa Akufo-Addo was with Alhasan Ouattara and a the coup leader for the military force in Guinea. The president as chair of ECOWAS was poised on making sure there were changes and correct measures taken to battle the current political crisis in the country. The coup leader, Mamady Doumbouya has ensured that there is no chance for the escape of the detained president who according to them has failed the country. 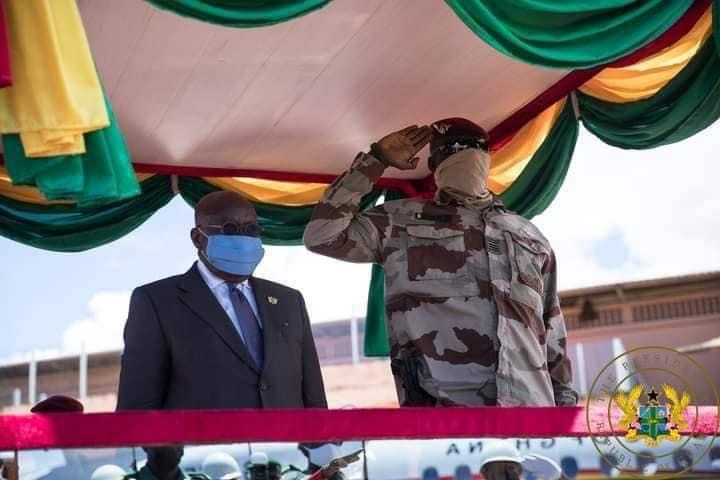 From a coverage of the occasion where they met Mamady and his people, there were scenes in which the president of the Republic of Ghana was given absolute respect and saluted by Mamady. Journalists who were present and were covering the incident revealed that the military men and their leader exhibited much love and cooperation with with Nana Addo as compared to Ouattara and this could mean several other things.

From the journalists, it could be due to the disciplinary attitude of the president, Nana Addo that they decided to give him the level of respect and attention we saw. Nana Addo on the other hand has exhibited maturity in the ongoing issue as he tries his maximum best to ensure peace as the ECOWAS chair. Nana Addo during the confrontation and dispute settlement tried to reason with them but Mamady was very keen on ensuring that their president remains with them in Guinea. 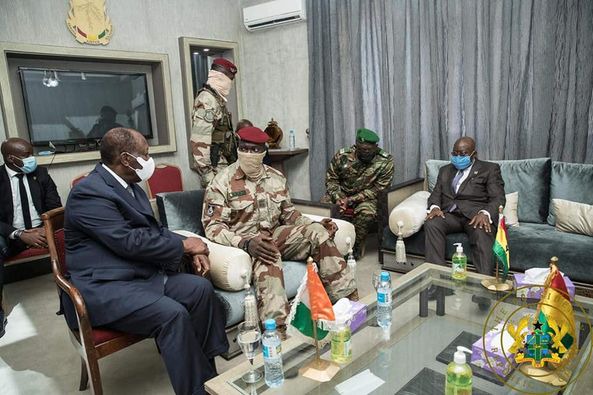 He has shown the entire world that no harm will go to him, the Guinea president but will ensure that the country is not mismanaged wither. As a result, the military will continue to oversee many government related activities as other sectors operate. We have already seen military men teaching young kids in schools and in other events revealing that they are ready to ensure that the country goes in the expected or right path.