"He Doesn’t Have To Be The Leader Of The Country To Feel For Humanity; JM Need To Be Applauded This"

By SamuelPowellNews (self meida writer) | 22 days 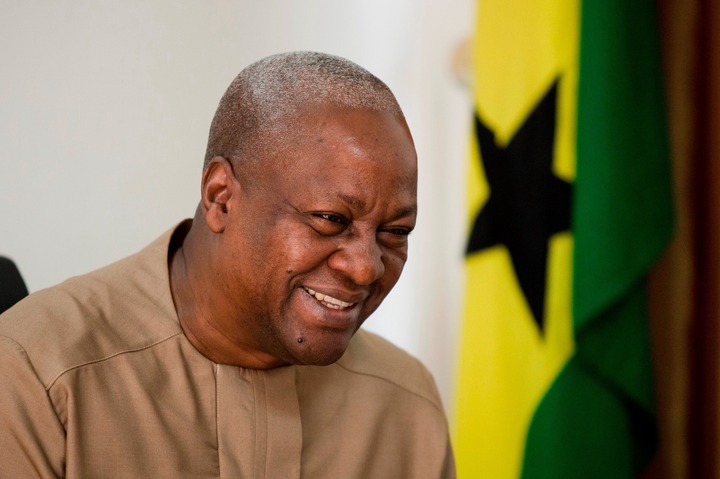 The Former President of the Republic of Ghana, His Excellency John Dramani Mahama has been captured in a video assisting some Okada riders who have been involved in an accident. According to the social media user who posted the video, this happened on his way to Ho Airport yesterday, Saturday, 3rd July 2021. 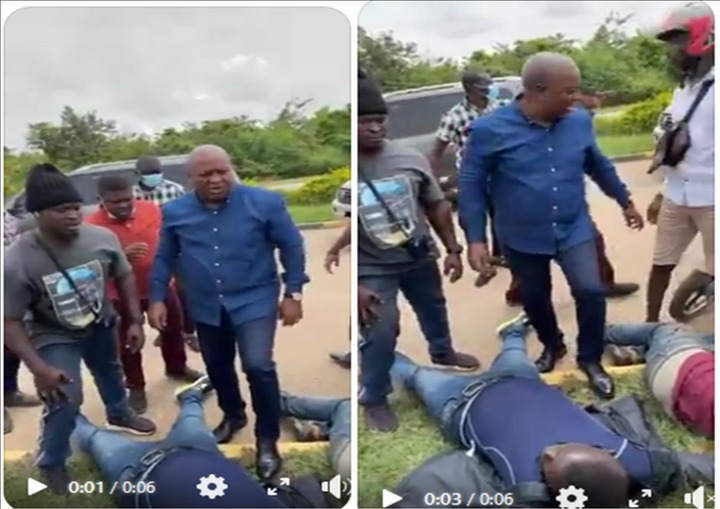 John Dramani Mahama was seen on the side of the road with some group of people trying to give first aid to the victim of the motorbike accident. There are some Ghanaians who are trying to tarnish this good and compassionate act of the former President. According to them, Ex-President John Dramani Mahama knocked down the motor riders with his convoy which is why he stopped to assist them. 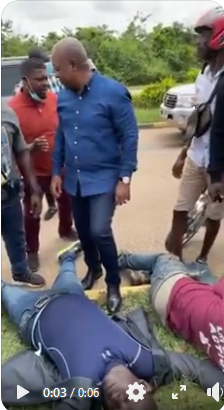 But watching the video carefully, John Mahama rather stopped to offer help to the victim. He asked the people around whether they have called for the ambulance. How can somebody who knocked down the victim asked those already there whether they have called for an ambulance? Besides, John Mahama's convoy was parked on the other side of the road whiles the accident took place on another side. 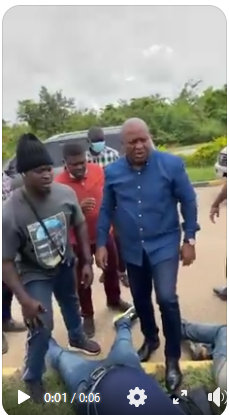 This propelled some Ghanaians to say Ex-President John Dramani Mahama always have compassion for the people of his country. He has always shown compassion and love whether in government or in opposition. Others said that President Nana Addo Dankwa Akufo-Addo would have probably passed by as he didn't even visit victims who got shot by military men in Ejura. He instead chose to attend a funeral outside the country. 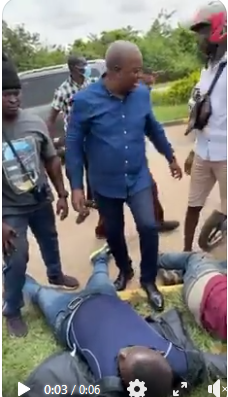 A Facebook user known as Taanan George Jilignul reacted that "He doesn’t have to be the leader of the country to feel for humanity he’s a natural leader, unlike the tyrant Akufo which we just witness with the Ejura incident, JM is a great leader to be applauded".

Another Facebook user known as Abdullah Ahmed also said that "Interesting thing about the video is that, JM exhibited great skills of "First Aider" by taking control of the situation. He, first of all, observed to see the victim was breathing before he asked those who were there already if they had placed a call to an ambulance before he proceeded to lose tight clothing at the waist level of the victims. A great initiative".